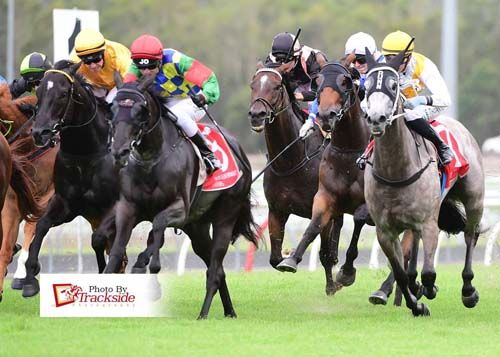 A METROPOLITAN home-track win which came with a $50,000 bonus provided a good consolation on missing a start in the Magic Millions Classic 2YO for connections of Cosmic Gossip.
The filly ended up an emergency in the big one after only managing a midfield effort at the Gold Coast a week prior in a race won by Queen Kay in a last-ditch effort to make the field.
She bounced back at Caloundra on Saturday, January 25, winning a 2YO SW (1200m), with Matthew McGillivray on boards as a $13 chance, ironically relegating Queen Kay to second.
The fact she was an acceptor for the Magic Millions meant the breakthrough metropolitan win came with a $50,000 bonus.
Kendrick said he was confident she’d race well back on her home track after never really traveling well at the Gold Coast last start.
He said he had pinpointed the race because of the $50,000 bonus.
“It makes a very nice payday for her and there is more to come.”
The afternoon then got even better for the stable, completing a double when consistent mare Winter Passage won NMW (1200m).
Ridden by James Orman, Winter Passage ($4.20) prevailed in a tight finish.
It was her second win in a row after winning a Doomben midweek last start.
Kendrick said it was a well-deserved metropolitan win.
“She is one of the most consistent horses in the stable and this metropolitan victory is fantastic for her pedigree, being a nice I Am Invincible mare,” he said.
Winter Passage now has six wins and 13 placings from 24 starts.
Images courtesy of Trackside Photography 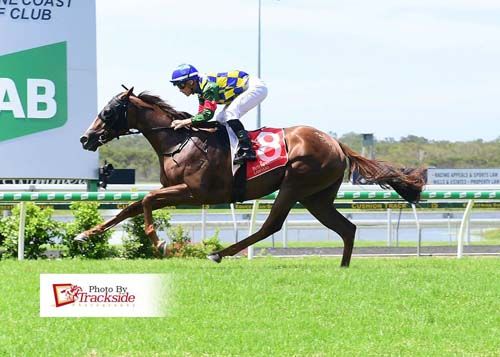