These three horses are all ‘jewels’ 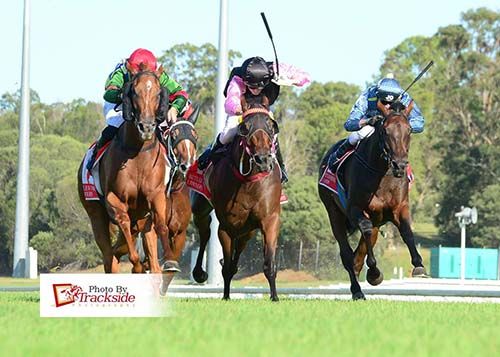 CONNECTIONS are eyeing a couple of “jewels” in March and possibly even an Oaks in the winter after a treble of wins at the Sunshine Coast.
Kendrick Racing saddled up three short-priced winners for the afternoon on Sunday, February 2.
They included Poupee ($1.65-fav), ridden by Luke Tarrant in a 2YO Maiden (1200m), the James Orman-ridden Jagged Edge ($1.40-fav) in a Benchmark 70 (1000m), and Cabochon Lil ($1.75-fav), ridden by Ryan Maloney, in a Class 1 Plate (1800m).
“Poupee is a promising filly,” said trainer Stuart Kendrick.
“If she pulls up well she will head to a $500,000 QTIS Jewel in March,” he said.
“She still has plenty to learn and improvement in her.”
Kendrick said it was also great to see Jagged Edge back in the winner’s stall first-up from a spell.
A winner of the listed Dalrello Stakes as a two-year-old last season, he led to the turn before shooting away to win by two lengths.
“It was a good starting point for him this campaign,” Kendrick said.
“He will head to the three-year-old Jewel.”
Kendrick has even loftier goals in mind for Cabochon Lil.
“She’s starting to live up to her early potential,” Kendrick said.
“We could possibly aim her at an Oaks over the winter carnival if she keeps on improving over more ground,” he said.
“She’s well bred out of a filly (My Girl Lil) we had and has a good temperament.”
Images courtesy of Trackside Photography 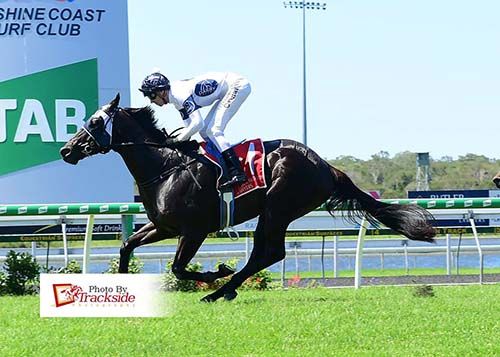