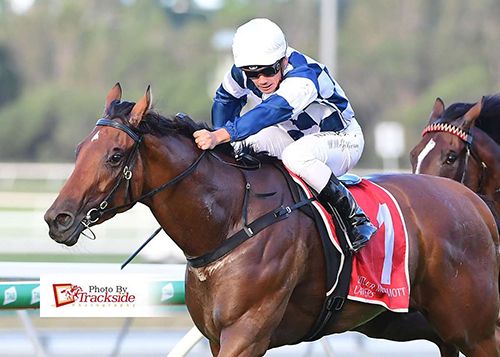 A HOMETOWN double under lights is cause for some celebratory drinks.
So, it was fitting that Chill The Beer kicked off the first leg of a double for Kendrick Racing at Caloundra on Friday night (March 6).
Promising three-year-old Cabochon Lil then completed the double in the final race of the night.
Chill The Beer ($2.30-fav), ridden by Matthew McGillivray, got up in tight finish in a Benchmark 62 (1000m).
It followed a good second over the same course and distance last start.
“Chill The Beer has been a consistent type since he started racing,” said trainer Stuart Kendrick.
“It is great to see him bounce back in the winner’s stall,” he said.
Cabochon Lil ($5.50) made it two wins from her past three.
Ridden by James Orman, she won a Class 2 (1800m).
“Cabochon Lil has won three this prep and might have one more before a freshen-up,” said Kendrick.
“She then might have a shot at some of the three-year-old fillies races over the carnival.”
Images courtesy of Trackside Photography 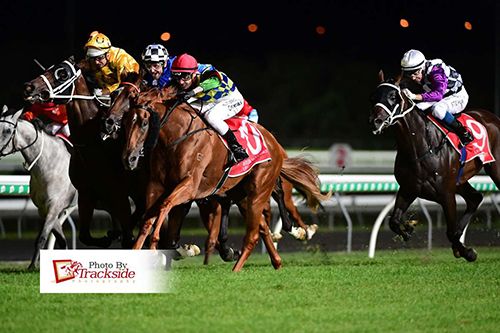