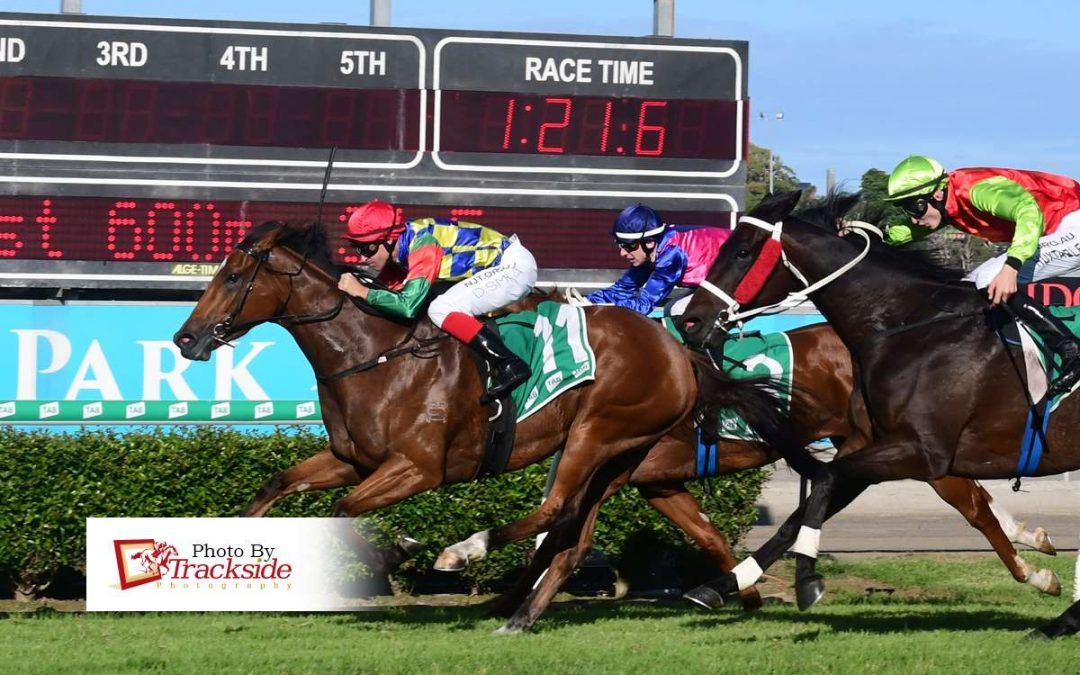 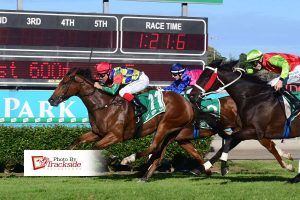 No Doubt Acracker wins a metro race at the Gold Coast with Dale Smith aboard.

TRAINER Stuart Kendrick had good reason to think No Doubt Acracker would run well before she scored a stunning metropolitan win at the Gold Coast.
“She had been working very well with Tambo’s Mate, so we went into the race confident she’d race well,” he said.
Tambo’s Mate was lining up the following day in the Group 3 BRC Sprint – a race he duly won, putting him firmly in contention for the Stradbroke.
So it was little wonder his trackwork partner No Doubt Acracker accounted for a Class 6 (1400m) field on the Gold Coast on Friday, May 8.
Ridden by Dale Smith, No Doubt Acracker ($5.50) raced just off the pace before finishing strongly to win by a half-length.
“She hadn’t had too much luck at her past two starts,” said Kendrick.
“It was good to get a metro win for the owners as she has a good pedigree,” he said.
By Not A Single Doubt and out of More Than Acracker, No Doubt Acracker has now won five of 17 career starts.