Plenty of wins ahead for Krew 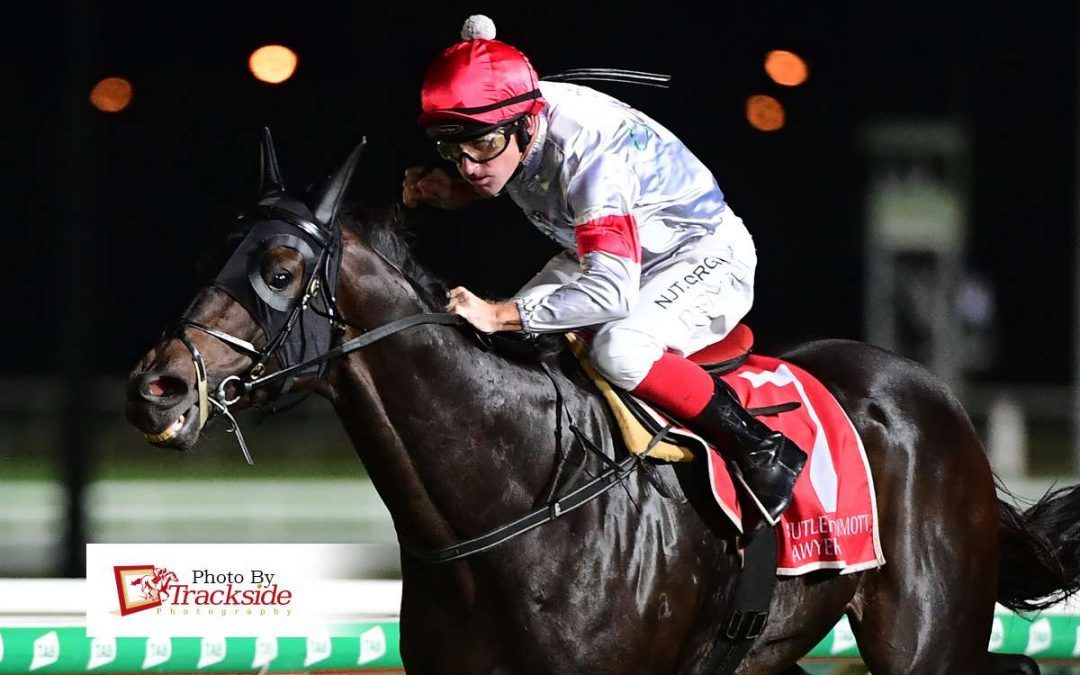 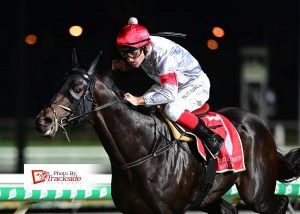 Plenty, with Dale Smith aboard, salutes as the first winner for Krew Racing.

THE Krew Racing colours have won for the first time at only their second raceday outing.
And there look to be plenty more wins in store for the syndicate after a tried galloper of that name scored a stunning win at a metropolitan Sunshine Coast meeting on Friday night (May 15).
Ridden by Dale Smith, Plenty ($11), which was well supported at longer odds, overcame a sluggish start to burst through and race clear in the straight to win the Class 3 (1200m) by one-and-a-quarter lengths.
“It’s a little syndicate that we’ve got going with my son Nathan – Krew Racing,” said trainer Stuart Kendrick.
“That’s their first winner from their second start,” he said.
Krew Racing was aimed at getting new owners involved in some of the horses “we don’t pay a lot of money for”, said Kendrick.
“We’ve had a lot of luck with some cheaper horses,” he said.
“The boys are trying to get that (syndicate) going.
“They’ve got a new set of colours on and some new people in the stable, which is fantastic.”
Plenty was bought online few months ago and was having his second start for his new connections after finishing fourth first-up.
“I thought his first-up run was really good. He just didn’t have a lot of luck the other day and his work has gone from strength to strength,” Kendrick said.
“He’s been working the joint down. He’s probably been the best worker this week.”