Quinella horses off to the Group 1 JJ Atkins 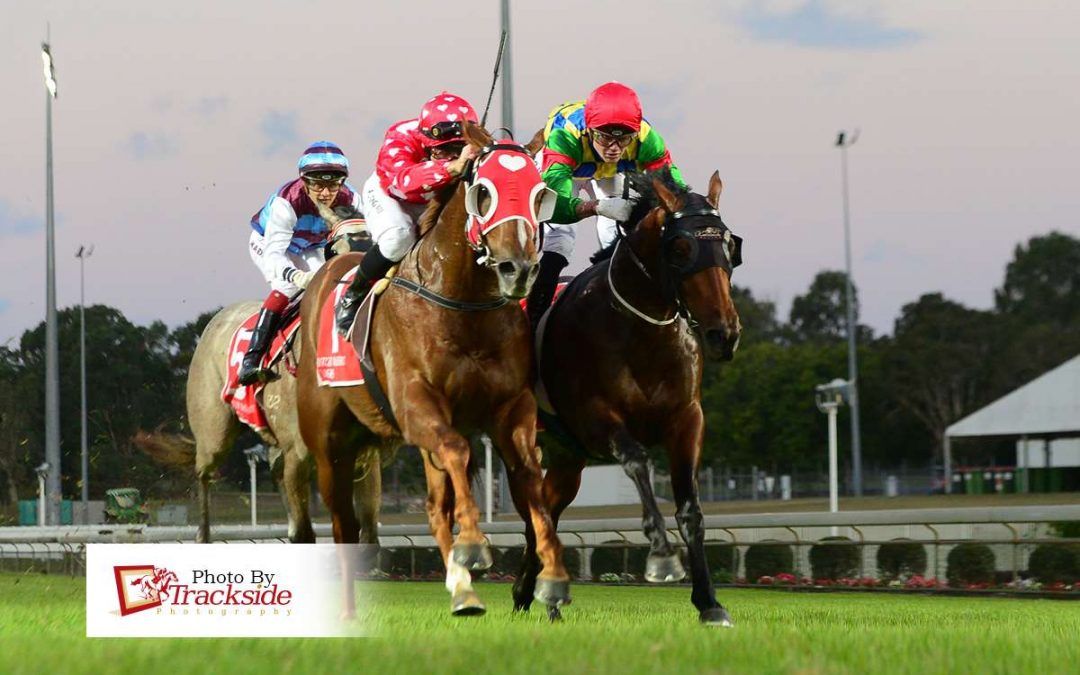 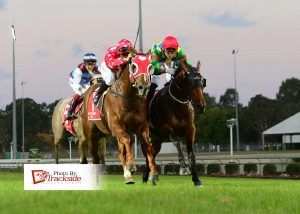 Superare (left) and Way Beyond fight out a thrilling finish at the Sunshine Coast.

EXCITING two-year-olds Superare and Way Beyond will join stablemate Cosmic Gossip in the Group 1 JJ Atkins (1400m) after filling the quinella in a thrilling finish at the Sunshine Coast.
Superare, ridden by Dale Smith, started a $1.28 favourite on the strength of his last-start second in the Group 3 Ken Russell (1200m) at the Gold Coast.
But stablemate Way Beyond ($4.80), ridden by Jake Bayliss, made a race off it, just failing to peg back Superare over the concluding stages in the 2YO (1300m) at the Friday night meeting on May 29.
Both will now line up in the JJ Atkins, giving Kendrick Racing three runners in the Group 1 race as last-start winner Cosmic Gossip is also in the field.
“Superare has done a good job this first preparation,” said trainer Stuart Kendrick.
“We will ride him quieter in the JJ. He floated a bit when he got to the front,” he said.
“Way Beyond showed good form last time in, placing behind Rothfire and Dusty Tycoon.
“The 1400 should suit.”