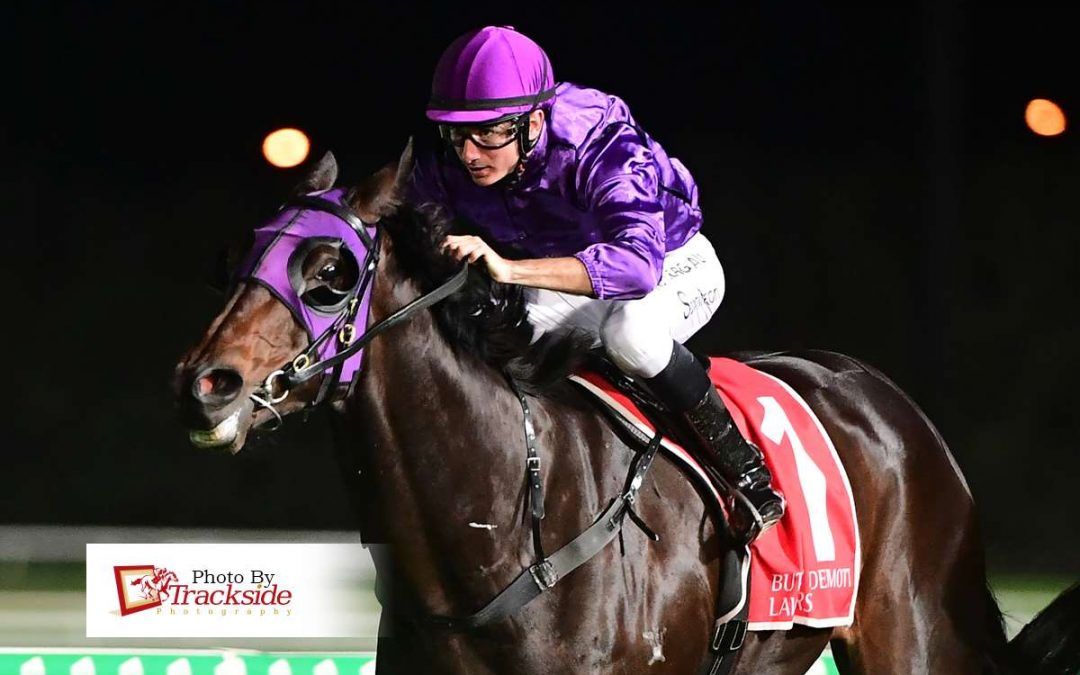 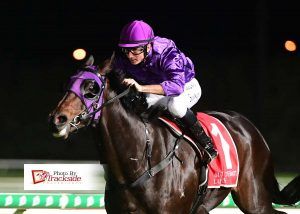 LONHRO four-year-old Staying Black has broken through for a well-deserved win after a string of placings.
“He’s always thereabouts. He tries hard,” said trainer Stuart Kendrick after Staying Black ($2.30) won a Class 1 (1600m) at the Sunshine Coast on Sunday, June 21.
“He’s had to carry big weights,” he said.
Staying Black originally had 60.5kg for the race but apprentice Sheriden Tomlinson’s 3kg claim helped.
“Sheriden has won two for me tonight. He’s done a great job,” Kendrick said.
“I said to him just cuddle him as long as you can and then give him a squeeze,” he said.
“He rode him perfectly.”
Kendrick said he’d like to step Staying Back up over a bit further now.
“He’s one of those horses that just keeps going. I’d like to see him maybe even over 2000 metres where he can relax and have that sprint, and see what we’ve got from there.
“He’s a big, gross horse and every run you wouldn’t even know he’s gone around. He’s putting weight on.
“He’s actually on a diet.
“But he’s a lovely horse and has some good owners in him, so it was great to see him win today.”