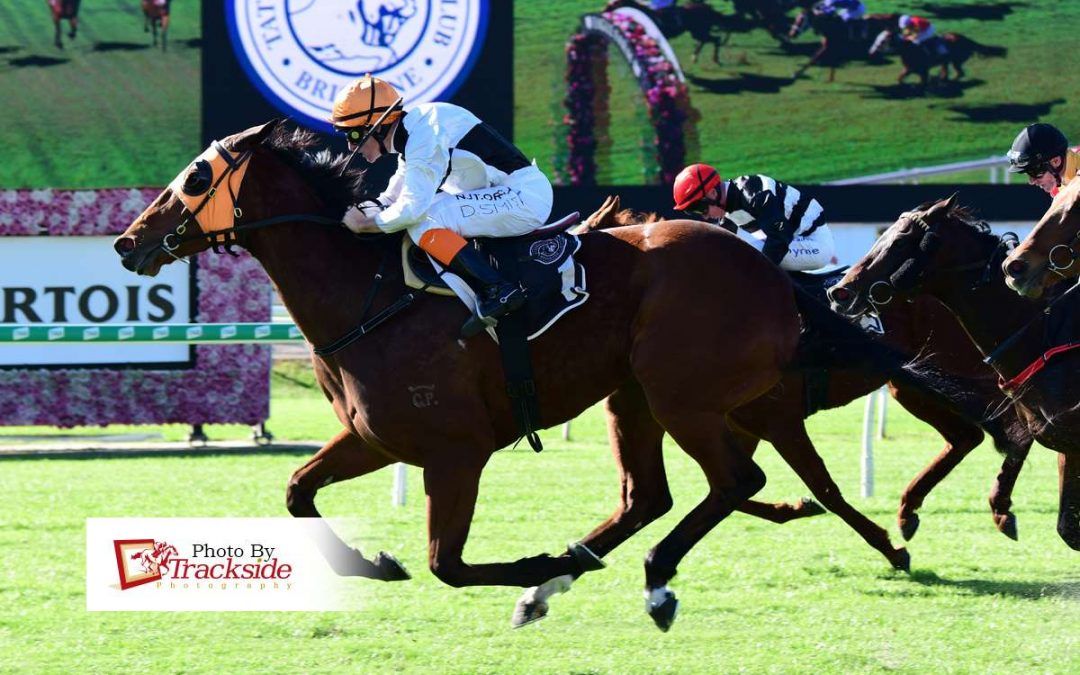 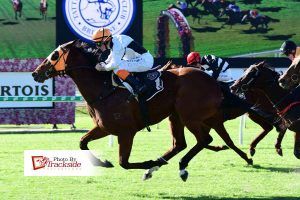 Star of Michelin, ridden by Dale Smith, sweeps to victory at Eagle Farm.

TALENTED galloper Star Of Michelin is set to have a crack at the Winx Guineas on his hometrack this weekend after bouncing back to winning form at Eagle Farm.
The Jet Spur three-year-old, raced by Showtime Breeding’s Judy Cutts, put a midfield effort at Doomben last start behind him with an impressive win in Benchmark 70 (1400m) on Saturday, July 4.
Ridden by Dale Smith, Star Of Michelin ($4) was was back early but swept down the outside to win well by one-and-a-quarter lengths.
“He’s a horse that just doesn’t like Doomben at all,” said trainer Stuart Kendrick.
“We went back to the drawing board after his last run and give him a little freshen-up and a jump-out,” he said.
“He’s a lovely horse and he’s always been a big, immature horse. He’s going to be a really nice horse next preparation.
“I had a good chat to Judy this week leading into this race and hopefully we can back up well into the Guineas (1600m) at the Sunshine Coast.”
Star Of Michelin now has four wins and a second from 11 career starts for more than $220,000 in prize money.