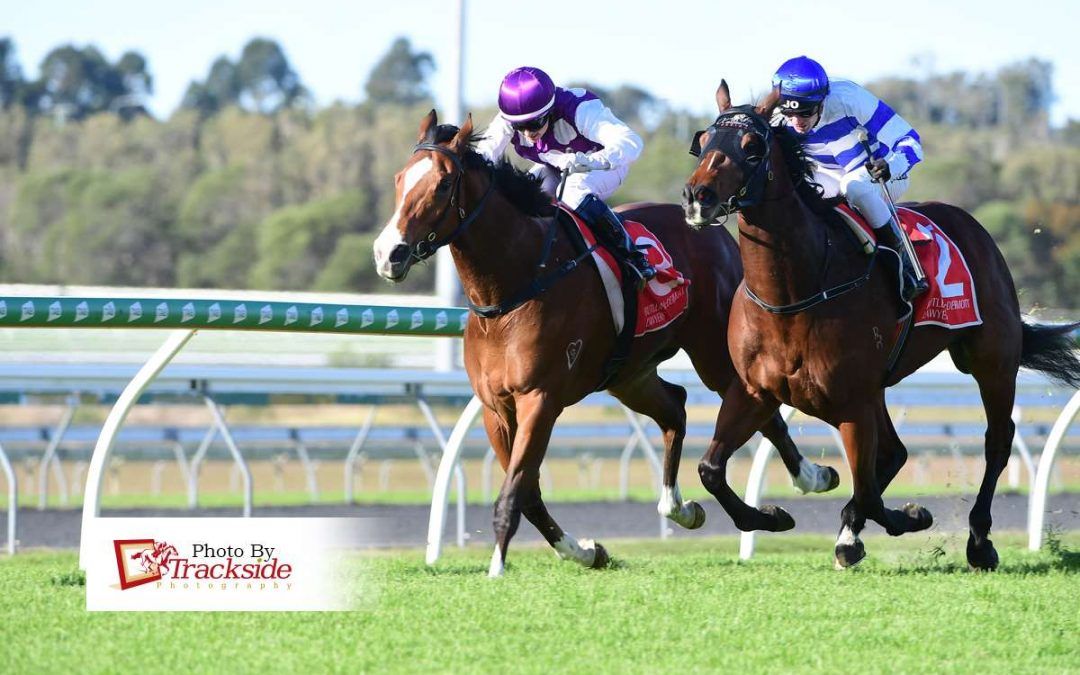 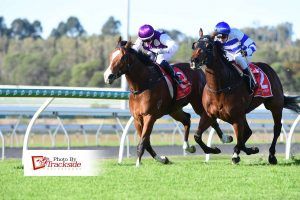 Winning Shot (inside) just shades stablemate Yeahnah to win at the Sunshine Coast. 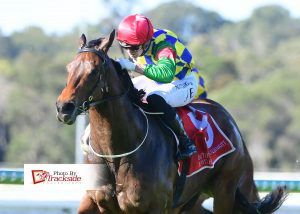 Playthefield, ridden by Jake Bayliss, was the middle leg of a winning treble for the stable. 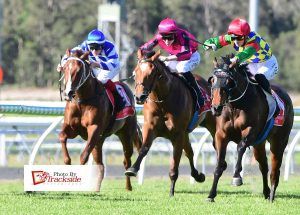 Jake Bayliss on Nicks kicked off a winning treble for Kendrick Racing.

KENDRICK Racing went extremely close to saddling up the trifecta in the last leg of a winning treble for the stable at the Sunshine Coast.
In what was a red-letter day, trainer Stuart Kendrick won successive races with maiden winners Nicks and Playthefield before Winning Shot made it three from three races on Sunday, July 5.
Winning Shot ($10), ridden by Tegan Harrison, just shaded his more fancied stablemate Yeahnah ($1.80-fav) as they drove to the line in a Benchmark 68 (1200m). Another stablemate One More Cast ($18) was just edged out of third to finish fourth.
“It would have been remarkable to saddle up the trifecta in what already was a great day,” said trainer Stuart Kendrick.
“It was a busy day but the hard work paid off,” he said.
“A massive congratulations and thank you to our team, owners and jockeys who made these results possible.”
The first two winners Nicks and Playthefield were both ridden by Jake Bayliss.
Nicks ($6.50) broke through at her second career start in a 2YO Maiden (1400m).
After finishing a solid fourth on debut over 1200m at the Gold Coast, the Pierro filly was back early but showed a good turn of foot in the straight to break through.
Playthefield ($2.60-fav) then also ran home strongly to score a well-deserved breakthrough win in a Maiden Plate (1400m).
He’d run seven placings from nine career starts before notching his first win on Sunday.
Later in the day, former Victoria Vogue Rock ($18) ran a promising second on debut for the stable.