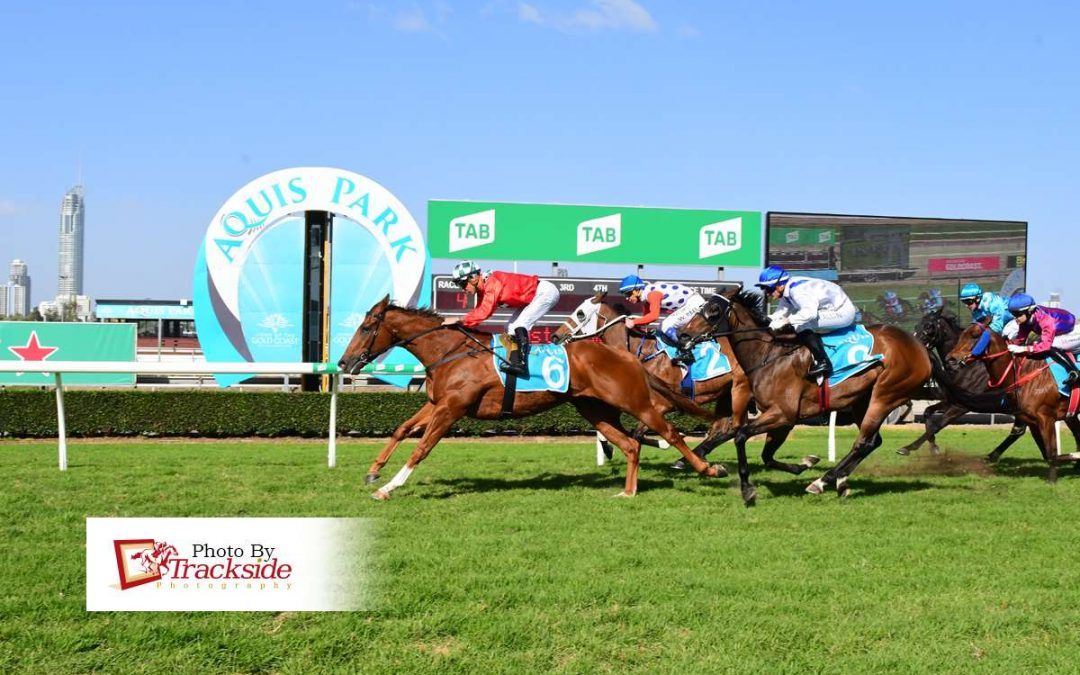 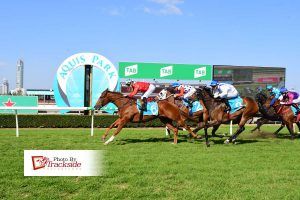 Niewand, ridden by Jag Guthmann-Chester, wins at Aquis Park Gold Coast at his second run for the stable.

FORMER New South Wales galloper Niewand has broken through at his second run for Kendrick Racing with an on-the-pace effort at Aquis Park Gold Coast.
Ridden by Jag Guthmann-Chester, the former Bjorn Baker-trained four-year-old showed plenty of dash in winning a Benchmark 65 (900m) as a $5 chance on Saturday, August 22.
Trainer Stuart Kendrick believes there are more wins in store and they’re likely to come with a different racing pattern.
“He has plenty of speed and it was a good tough win, but it will be interesting to see him when he can sit off the pace,” he said.
“It was great to get a winner for the Seldon family.
“They have a number of horses in the stable and are great supporters of racing.”
Niewand is by Shooting To Win.
“He is a good stallion that we have had plenty of success with,” Kendrick said.