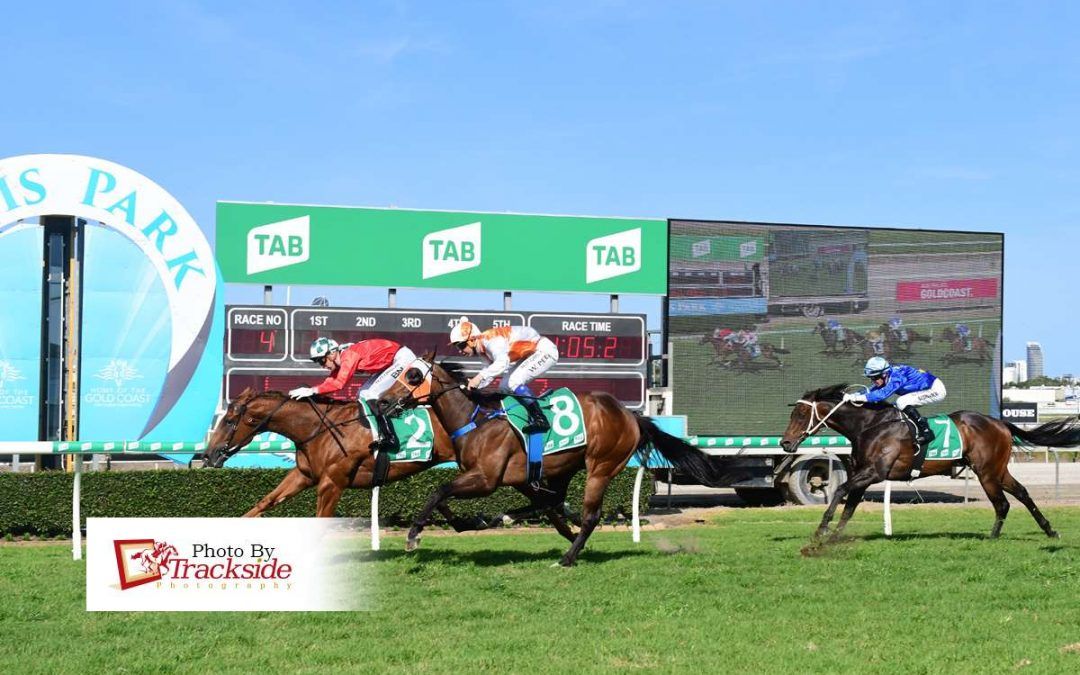 FORMER New South Wales galloper Niewand is loving his new surrounds.
The Shooting To Win four-year-old made it back-to-back Gold Coast wins when he took out a Benchmark 68 (1100m) on Saturday, September 5.
Ridden by Baylee Nothdurft, Niewand ($2-fav) won by a quarter of a length.
He’s now won two of three starts since joining Kendrick Racing and is putting together a handy career record, with four wins from 10 starts.
“He’s really settled into Queensland well and is enjoying his racing,” said trainer Stuart Kendrick.
“He wasn’t beaten far when third at Ipswich three back when resuming. So, with a little luck, he could be undefeated in Queensland,” he said.
“There look to be more wins in store for connections, which include the Seldon family.”