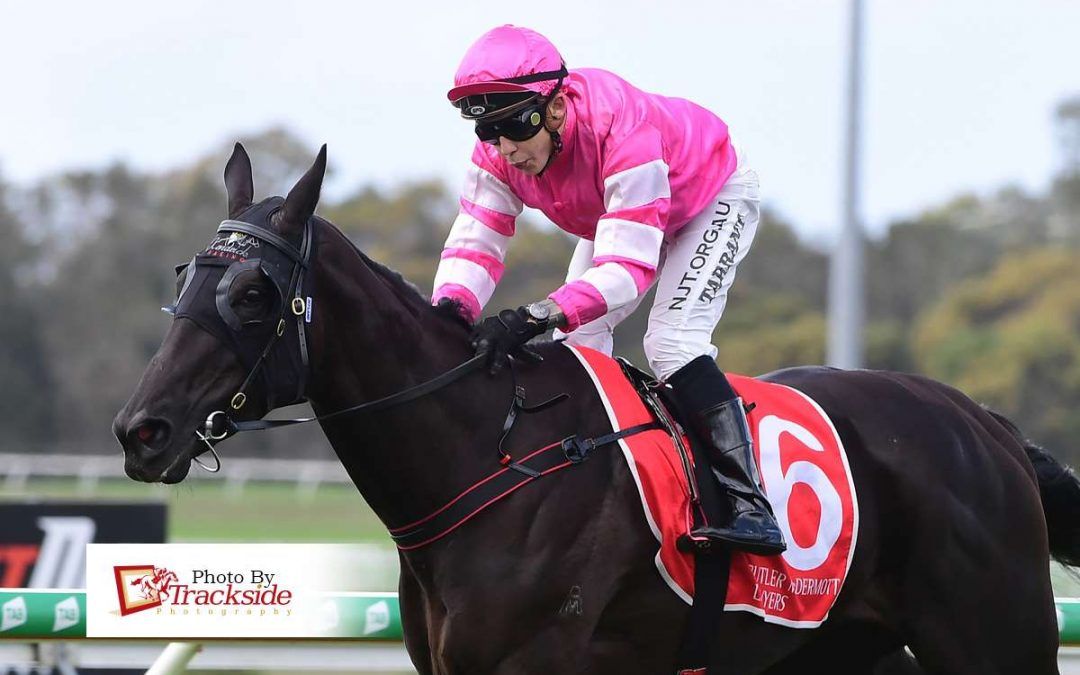 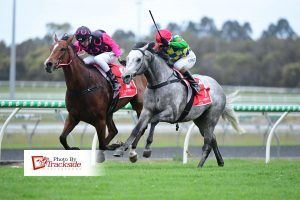 Invincible Faith, ridden by Tegan Harrison, scores an upset at the Sunshine Coast.

DADS associated with Radical Spirit and Invincible Faith had double reason to celebrate at the Sunshine Coast on Sunday, September 6.
The horses, which book-ended the meeting with wins in the first and last races, provided Kendrick Racing with a Father’s Day double.
Radical Spirit ($2.20-fav), ridden by Luke Tarrant, broke through at her seventh career start, relishing the step up to 2200m to win a Maiden Plate.
She led and never looked in doubt in the straight, cruising away to win by more than six lengths.
“She appreciated the step up in distance and showed she is a genuine stayer,” said trainer Stuart Kendrick.
“It was good to see her reward her owners’ patience,” he said.
Invincible Faith ($13) ridden by Tegan Harrison, sprung an upset in a CG&E Ratings Bad 0-62 (1200m), rolling odds-on favourite Rising Star.
Despite only being second-up, he settled down for a dog fight over the concluding stages with  the favourite and got the upper hand.
“Invincible Faith appreciated the removal of the blinkers to begin better and put himself in a good position,” said Kendrick.
“Even though he still has plenty of improvement, he managed to beat the short-priced favourite with a good ride by Tegan.”