The Diamond sparkles in breakthrough victory 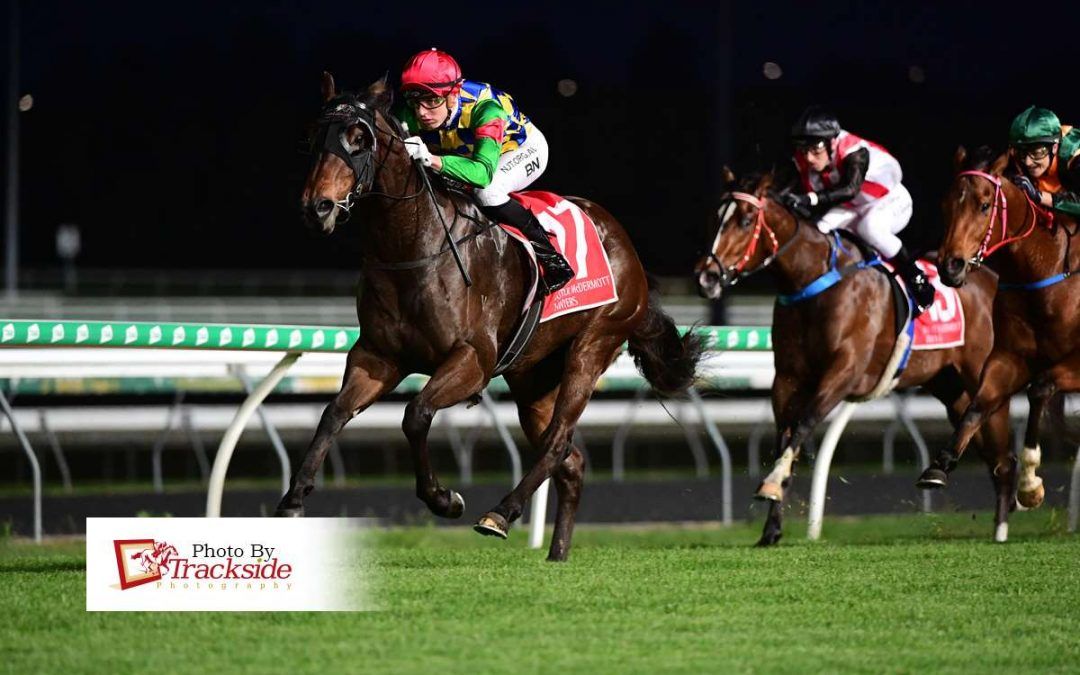 THE Diamond sparkled under the Friday night lights at his home track.
The All Too Hard three-year-old broke through at his sixth career start, winning a QTIS 3YO (1000m) on September 11.
Ridden by Baylee Nothdurft, The Diamond ($3.50) finished with a rush to win well by two-and-a-half lengths.
“He has always shown ability but we’ve been working to getting him to settle off the pace,” said trainer Stuart Kendrick.
“Baylee rode him quiet and he hit the line very hard,” he said.
“We purchased him in Melboune with Jim Clarke.”
The Diamond had run a couple of third placings, including a last-start third over the same course and distance, before his breakthrough win.
“Hopefully, now he’s learning to settle there will be more wins in store,” Kendrick said.