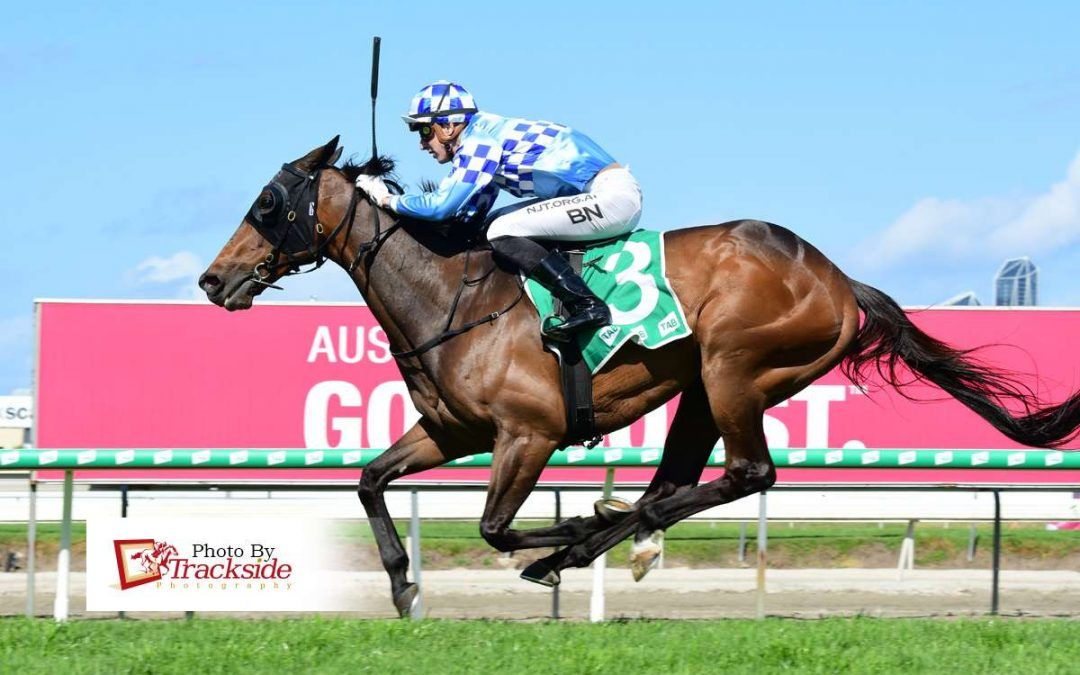 FASTNET Rock eight-year-old Fastnet Cyclone is thriving.
He has now won his past two staying races, scoring a dominant win in a Benchmark 78 (2200m) at the Gold Coast metropolitan meeting on Saturday, September 19.
Having won a midweek race at Eagle Farm over 2218m at his most previous run, he handled the rise to Saturday grade with ease.
Ridden by Bayley Nothdurft, Fastnet Cyclone ($5) raced just off the speed before finishing strongly in the straight to win by one-and-three-quarter lengths.
Fastnet Cyclone, which joined Kendrick Racing earlier this year from New South Wales, is relatively lightly raced for an eight-year-old and is extremely consistent.
Saturday’s win was his seventh from 41 starts. He’s also placed on 17 occasions.
“He is in great form and is thriving at the moment,” said trainer Stuart Kendrick.
“It was a well-judged ride by Baylee,” he said.
“We’ll target more of the same sorts of races.”