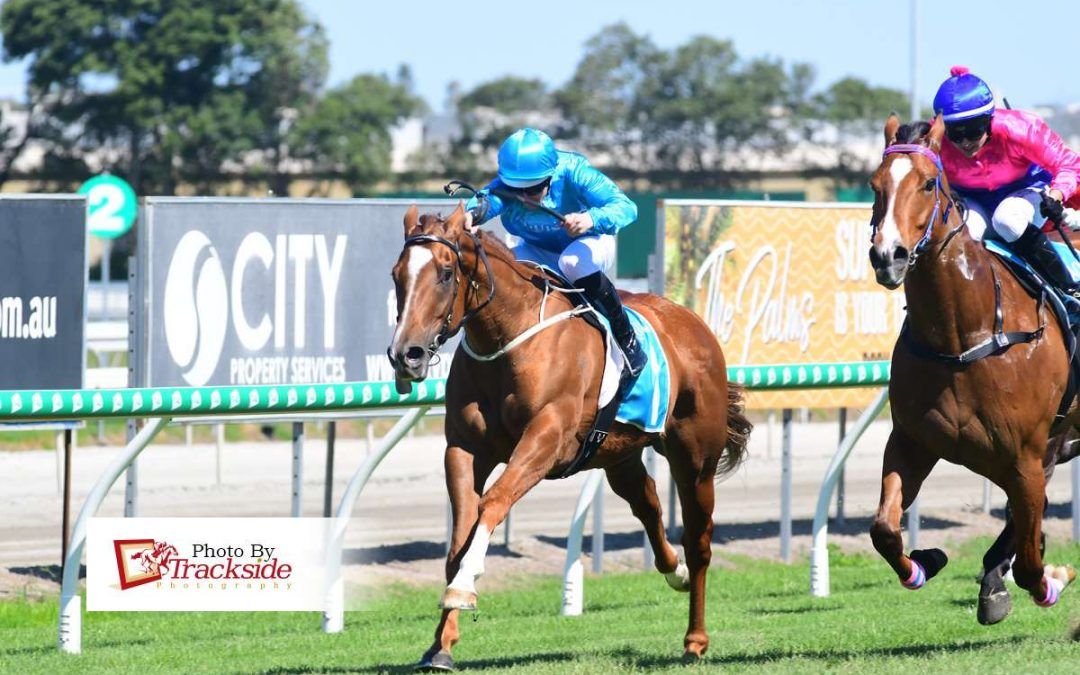 SPEEDSTER Niewand appears to love the glitz and glamour of the Gold Coast.
The four-year-old made it a hat-trick of wins at the Aquis Park Gold Coast circuit with another good showing on Saturday, September 26.
Ridden by Travis Wolfgram, Niewand ($4.40) again showed plenty of dash to win a Class 4 (900m).
It followed wins over 900m and 1100m at the same circuit in the past month.
Niewand was formerly trained by Bjorn Baker before transferring to Kendrick Racing after an unplaced run at Gosford back in July.
Since then he’s had four starts for the stable for a third and three wins, including his past three at the Gold Coast.
“He has thrived since coming north,” said trainer Stuart Kendrick.
“He was well ridden by Travis, who was having his first ride on the horse,” he said.
“We’ll try to find a suitable midweek in town for him now.”
Niewand has now had 11 career starts for five wins.