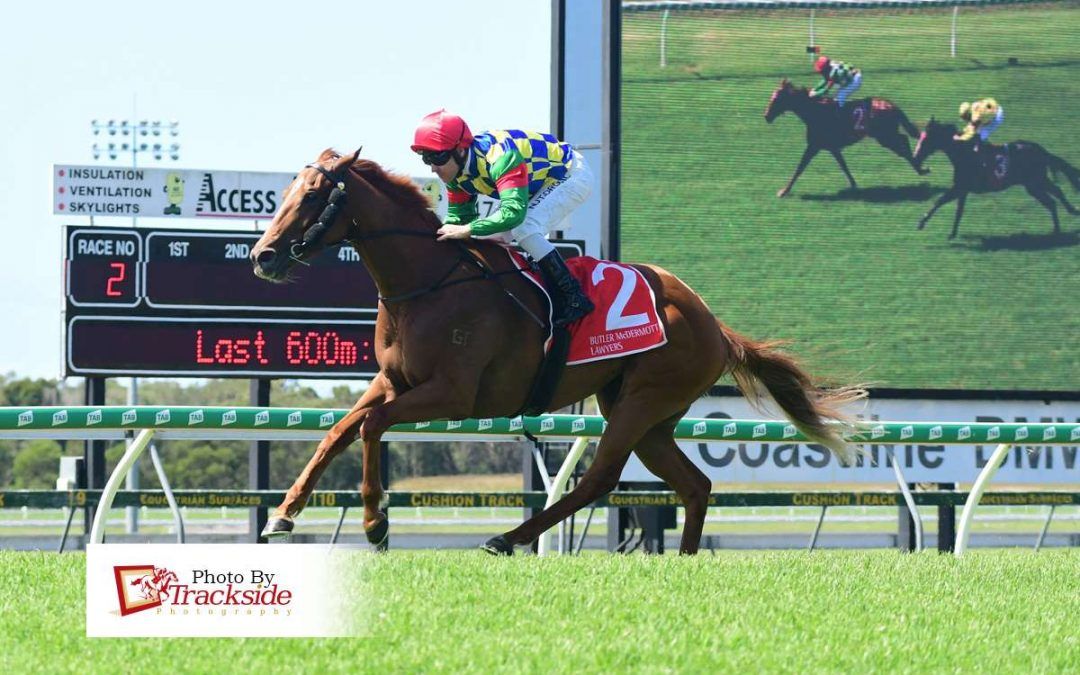 SEBRING four-year-old Cabochon Lil has showcased her staying credentials with a second-up win over a mile.
Ridden by Ryan Maloney, Cabochon Lil ($4.60) hit her straps in a 0-68 (1600m) at the Sunshine Coast on Sunday, October 4.
She was strong in the straight, winning by a length.
The mare raced up over 2000m last campaign and trainer Stuart Kendrick believes she’s set for a good campaign this time in.
Her win on Sunday followed a third over 1400m when resuming,
“It was a good win second-up,” Kendrick said.
“I think she’ll make a good stayer this time in.”
Cabochon Lil now has four wins and three placings from 17 starts.