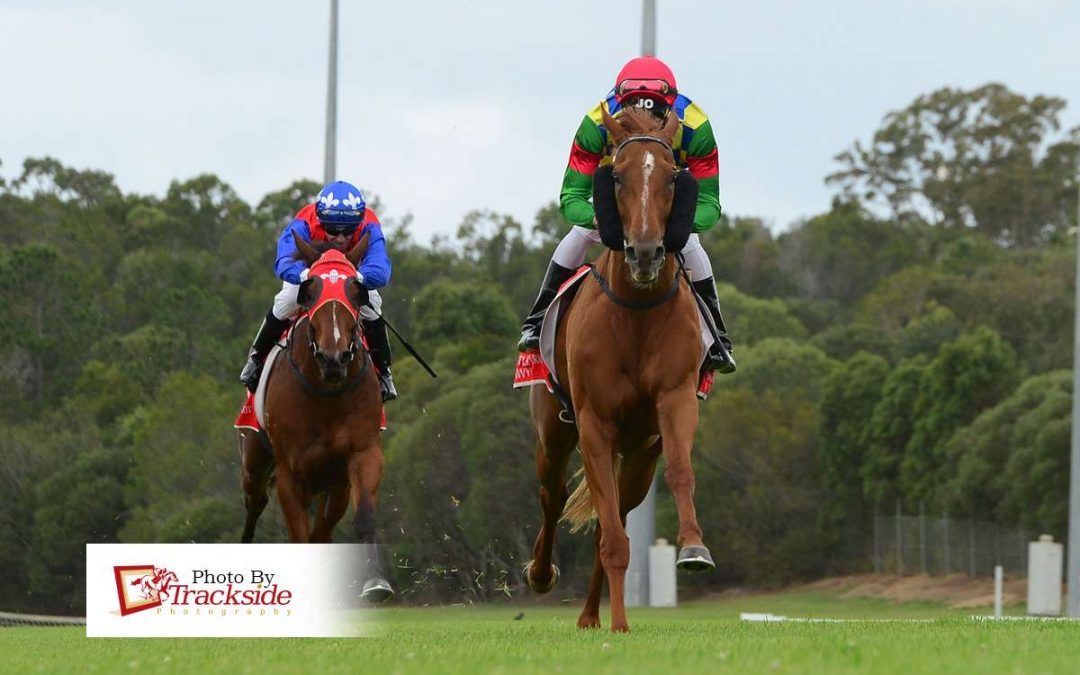 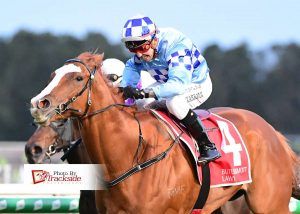 Sunrise Dancer, ridden by Luke Tarrant, made it a double for Kendrick Racing.

IT’S not often that a horse picks up the first prizemoney for little more than a track gallop.
But that is exactly what Cabochon Lil did in a two-horse match race on her home track on Sunday, November 11.
The four-year-old mare lined up as a $1.16 favourite in a Class 4 (1600m), with the only other runner Fast ‘N’ Forward a $4.60 chance.
The race originally had six acceptors but was reduced to two runners with scratchings.
Cabochon Lil made light work of the assignment, notching her second win from her past three starts and kicking off a Sunday double for the stable.
Ridden by James Orman, she jumped awkwardly but tracked the other horse before moving up effortlessly in the straight and going on to win by three-and-a-half lengths.
Trainer Stuart Kendrick said he couldn’t remember having a starter in a two-horse race previously.
“It might have happened when I was up in Mackay but I can’t recall that happening,” he said.
“She really made light work of the race. It was not much more than a track gallop, but it was still great to get another win on the board for her.”
Cabochon Lil now has five career wins from 19 starts.
The stable completed a double later in the day with former South Australian Sunrise Dancer winning the last.
Ridden by Luke Tarrant and having her third start for Kendrick Racing since arriving in Queensland, Sunrise Dancer ($4.40) won a Fillies and Mares Benchmark 58 (1300m).
Despite top-weight of 60.5kg, the five-year-old mare was too strong, winning by a length.
It followed solid midfield efforts over 1000m and 1200m at her past two.
“It was a good win for the owners who also own Fastnet Cyclone,” Kendrick said.
“It took a couple of runs to get fitness levels up after a long spell,” he said.
“She was ridden perfectly by Luke and was strong through the line.”