Stable on hot streak with four winners in two days 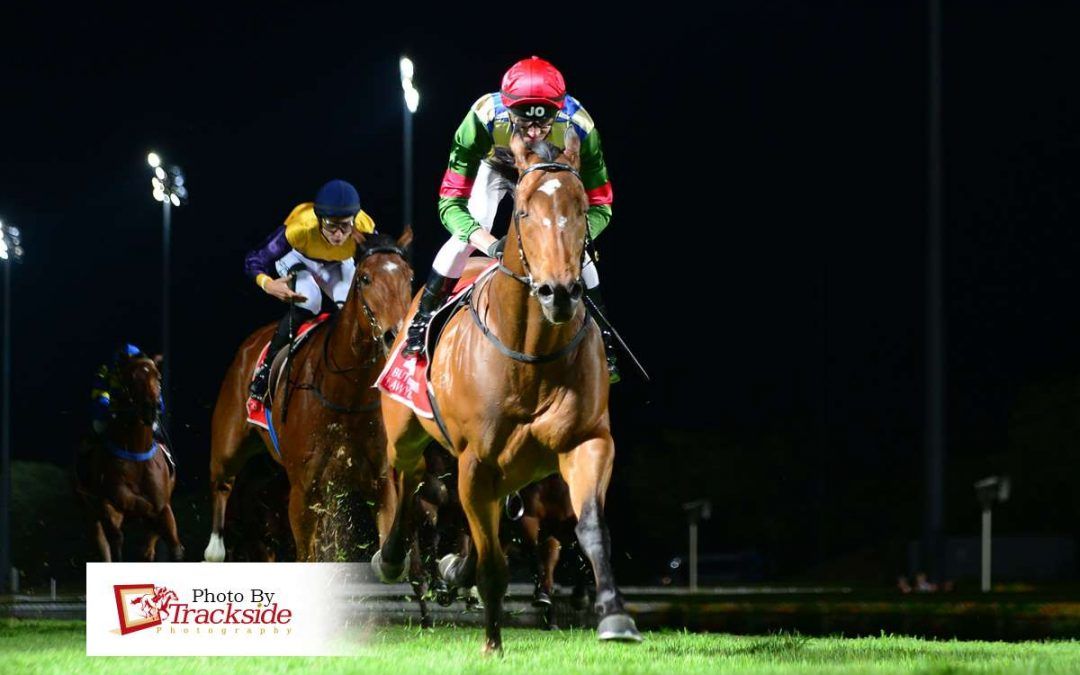 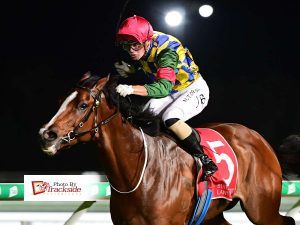 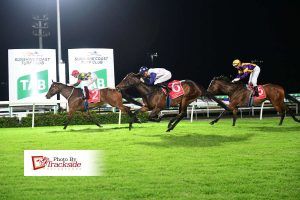 Clever Miss, also with Bayliss aboard, brought up a treble for Kendrick Racing at the meeting 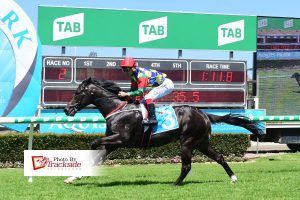 Ready Mister Music’s win at the Gold Coast, with Allan Chau aboard, made it four winners in two days.

KENDRICK Racing and connections are celebrating a wonderful weekend which included four winners and two seconds from six runners over two days.
The stunning sequence began with a treble under lights at the Black Friday night meeting at the Sunshine Coast on November 13.
Two-year-old Ready Mister Music then won at Aquis Park Cold Coast on Saturday (November 14) to cap the memorable two days.
The stable saddled up the quinella when Silesian, ridden by Jake Bayliss, held off stablemate Fort Wayne in a Benchmark 62 (1800m) at Caloundra.
Bayliss produced a good front-running display on Silesian and held off a late challenge from Fort Wayne to win by a half-length, which was fitting as they were $5 equal favourites for the race.
Kendrick said the key to the win was allowing Silesian to bowl along in front.
“I said to Jake ‘you’ve to to roll forward, get him into that really good rhythm he can find’,” he said.
The other day he was really never comfortable in behind them and even trying to pop out, and he just didn’t finish off.
“He pulled up a treat. He really didn’t put 100 per cent in, I don’t think last week.”
Kendrick believes the horse can keep improving stepping up in trip.
“I thought after his maiden win here, when he was so impressive, that he’d be a nice 2000 and 2200-metre horse. Looking at what he did tonight, if he can get that sort of rhythm again, I think that will suit.
“We’ll probably look at popping him up in trip.”
All To Do (pictured in the feature image), ridden by James Orman, was untroubled in his win, starting a $1.50 favourite and strolling home by two-and-a-quarter lengths in a CG&E Benchmark 65 (1000m).
He also was allowed to roll along on the pace, which Kendrick said was the way to ride him.
“The more you grab hold of him the more he wants to fight you a bit,” he said.
It was the horse’s second win in 12 starts but he’s also notched seven placings, often behind good opposition.
“It’s been a bit frustrating,” Kendrick said.
“He showed us a lot early and then he went off the rails a bit, wanting to hang and do everything wrong.
“He’s had quite a lengthy preparation and he’s run into some pretty handy horses.
“I sill think the 1200 and even the 1400 will suit this horse down the track.”
Clever Miss ($2.60-fav), ridden by Bayliss, completed the treble when she won second-up in a Fillies and Mares edition of the Benchmark 65 (1000m).
She was caught in a speed battle early but Bayliss elected to take a sit before she powered home to win by a half-length with 61kg.
“I was a bit worried when they did go so hard and obviously she’s got plenty of weight tonight,” Kendrick said.
“Jake used his head a little bit there and came out of that speed battle,” he said.
“I thought she ran a really good race first-up the other day and that was off a pretty soft trial, so I knew fitness-wise she’d improve, and it was great to get the job done.”
Ready Mister Music’s Gold Coast win the following day came in a 2YO Maiden (1200m).
Ridden by Allan Chau, Ready Mister Music ($5.50) won by one-and-a-quarter lengths at his second career start.
It followed a midfield effort over the 1000m at the Sunshine Coast on debut.
The stable’s other runner at the Gold Coast, Square Dance, finished second in his race. It was his second runner-up effort in a row.