Michelin stars in metro win and now looking for a journey 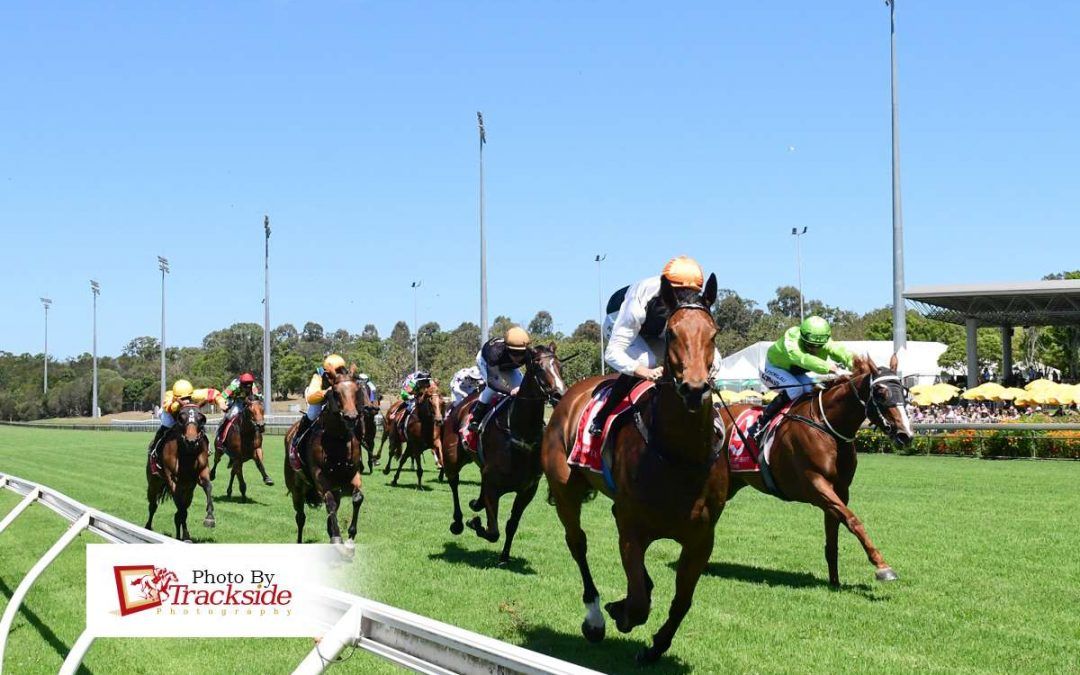 JET Spur four-year-old Star Of Michelin will now be tested over a journey after confirming his credentials over the mile with with a metro win.
Star of Michelin ($4-equal fav), ridden by Sheriden Tomlinson, bounced back to winning form with a good win in a Benchmark 72 (1600m) on his Caloundra home track on the opening day of the Queensland summer carnival on Saturday, November 21.
It was his fifth career win up to a mile and trainer Stuart Kendrick is now keen to test him over further.
He’s likely to head towards The Shoot Out (2200m) at Eagle Farm on January 2, which is a wildcard race for the Magic Millions Subzero (2400m) a fortnight later.
“I’ve always wanted to try him over a bit further,” said Kendrick.
Star Of Michelin raced a lot handier on Saturday over the mile and he was too strong, winning by a length.
He has had a habit of giving away big leads in the past, meaning he hasn’t been able to overhaul the leaders.
A gear change in which the blinkers came off on Saturday seemed to do the trick. Tomlinson was able to get him to switch on earlier in the race and he was then box seating in the run.
Star Of Michelin has now won more than $258,000 in prizemoney.
When he’s a winning chance, he seems to strike. Apart from five wins in his 15-start career, he’s only placed on one other occasion when runner-up.