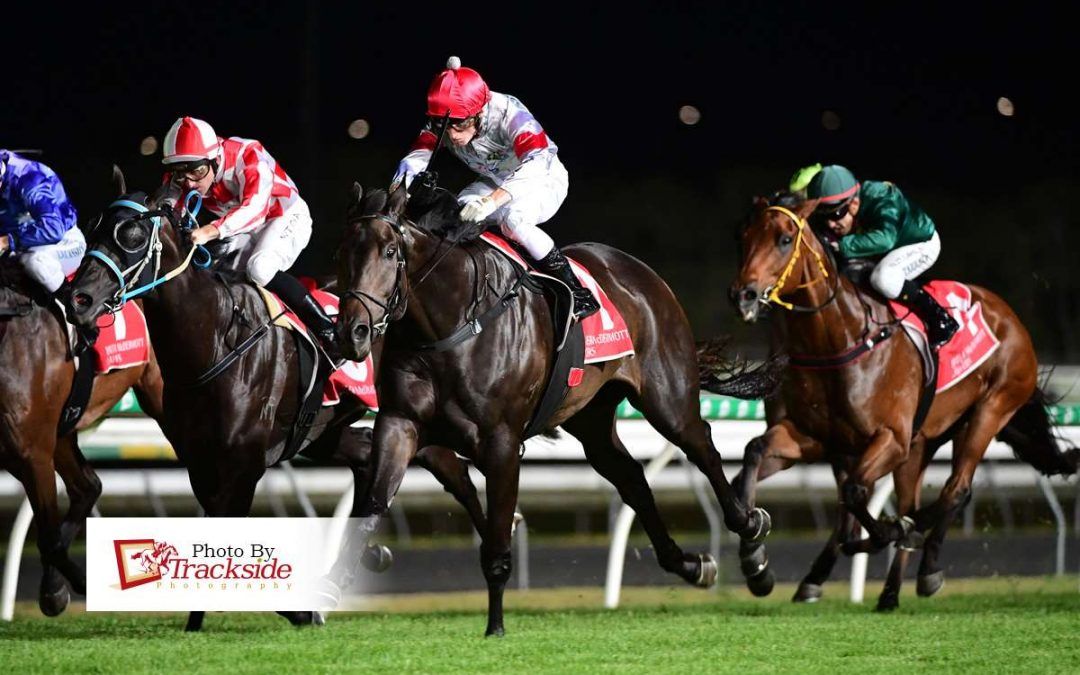 FOUR-YEAR-OLD Fort Wayne’s return to the winner’s stall came with a drop back in distance to the mile but connections remain adamant he’ll be even better over further next preparation.
“I think that he will make a nice 2000 metre horse,” said trainer Stuart Kendrick after the Uncle Mo gelding won a Benchmark 65 (1600m) at the Sunshine Coast Friday night meeting on December 4.
“It was 1800 last start and we’ve had to drop him back to get the right races for him,” he said.
Fort Wayne ($2.80-fav), ridden by apprentice Kyle Wilson-Taylor, was ridden off the pace and finished too strongly for the others in the straight, winning by a half-length.
He had his head on the side when they straightened but then knuckled down to the task.
Kendrick believes the horse will overcome that habit of racing ungenerously at times as he matures.
“On the track, he’s very genuine,” he said.
“He’s still a big baby … He’s a massive, big horse.
“I think next prep he’ll end up being a really nice horse for us.”
Kendrick commended Wilson-Taylor for the ride.
He said pre-race they discussed about not being too far forward on him.
“He was close enough but not too close. I thought he rated him very well.”