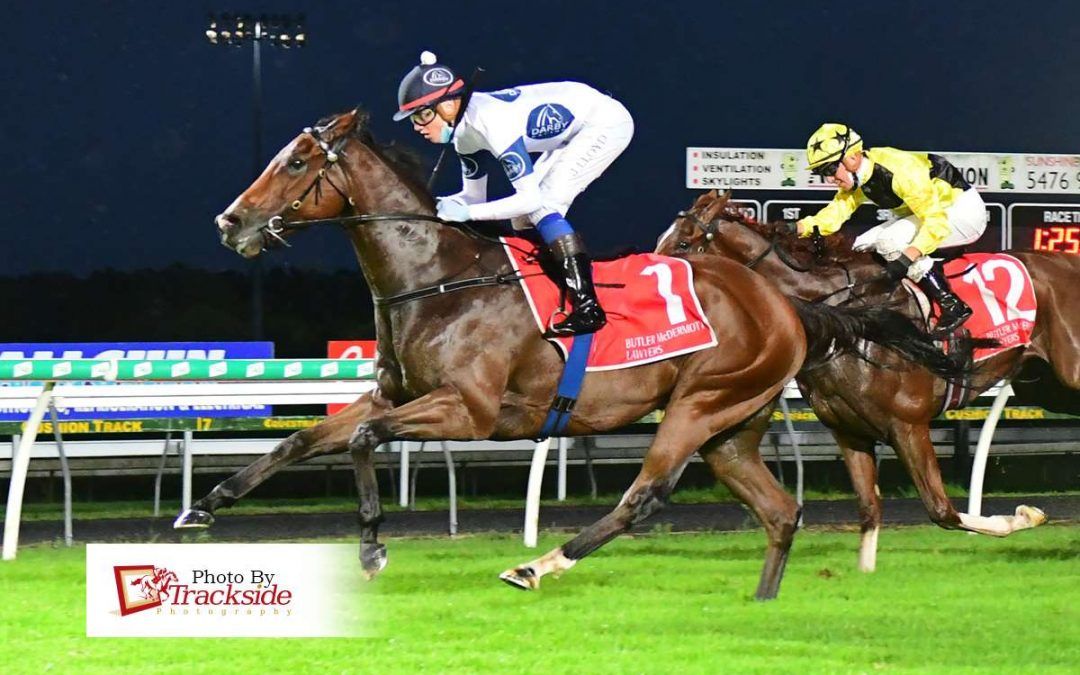 A CHANGE of scenery has done wonders for six-year-old Foreign Territory.
The Tavistock six-year-old broke through at his second run for Kendrick Racing in a Class 2 (1400m) at the Sunshine Coast on Friday, January 8.
It followed a good third over 1200m at the Gold Coast at his first Queensland run after transferring north from Bjorn Baker.
“The owners asked me to take him up here and see if we could rejuvenate him a little bit,” said trainer Stuart Kendrick.
“He’s thrived since he’s been up here. His work this week has been excellent, so it was good to see him do it tonight,” he said.
“Hopefully, he can get over a bit further and win a few more races.”
Ridden by inform apprentice Jaden Lloyd, Foreign Territory ($2.90-fav) raced just behind the leaders before proving too strong in the straight.
He wanted to race a little ungenerously at times but Lloyd kept his mind on the job.
“I think the young fellow did a really good job tonight just keeping him balanced,” Kendrick said.