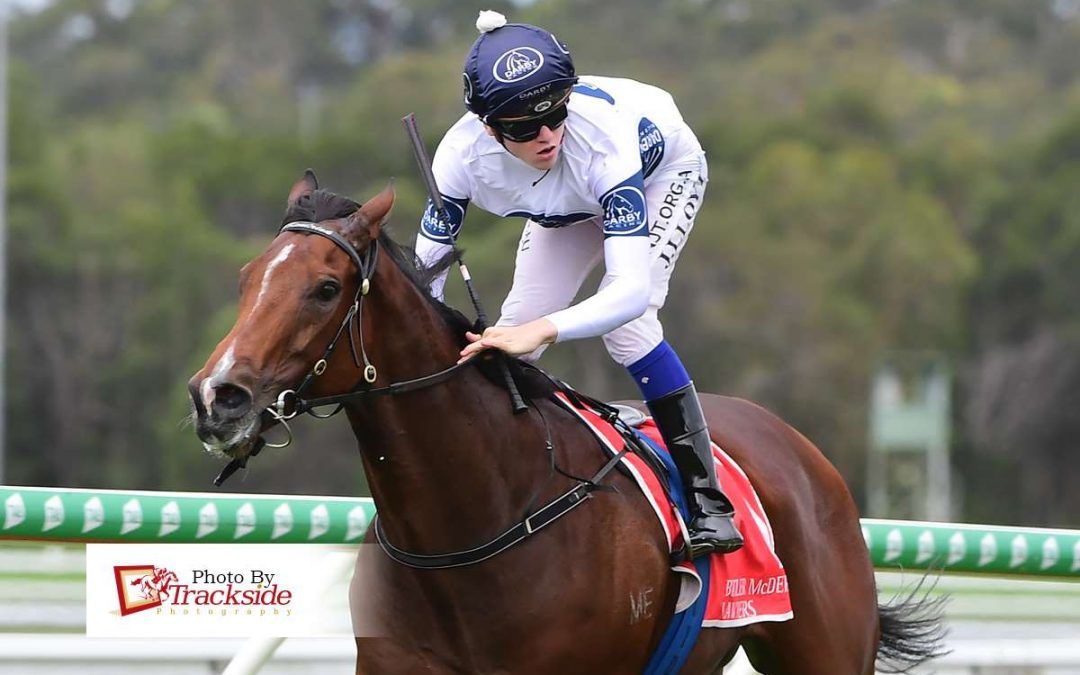 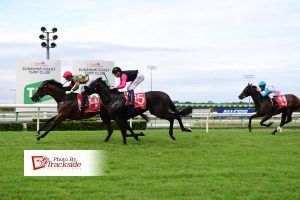 Bonaparte, ridden by Kyle Wilson-Taylor, dives through along the inside to win.

FOREIGN Territory and Bonaparte haven’t had many starts between them for Kendrick Racing but they’re already making their mark in Queensland.
Both horses were having their third starts for the stable since transferring north at the Sunshine Coast on Sunday (January 24) and both won impressively, handing Stuart Kendrick a training double.
Foreign Territory (cover image) made it two wins from his past two when he romped home in Class 4 (1600m).
And later Bonaparte, likely to be at his best up around the mile, sprinted well fresh to win a Benchmark 65 (1200m) at his first run back from a spell.
Kendrick said it was great to see both horses win, especially the manner in which they saluted.
Foreign Territory ($1.75), ridden by apprentice Jaden Lloyd, led all the way and was untroubled in winning by three-and-a-half lengths.
“The step up in trip to 1600 metres suited after he won well over 1400 metres last start,” Kendrick said.
“We expect him to continue to perform well up over ground,” he said.
Kendrick was also not surprised to see Bonaparte sprint so well, despite him likely to also be at his best over longer.
Ridden by apprentice Kyle Wilson-Taylor, Bonaparte ($11) weaved a passage between horses in the straight before hitting the line hard to grab the win.
“He trialled well a couple of weeks ago,” Kendrick said.
“He’s another horse that will appreciate further but he has had some good fresh form in the past, so we expected him to run well,” he said.