Cosmic Gossip’s finishing burst out of this world 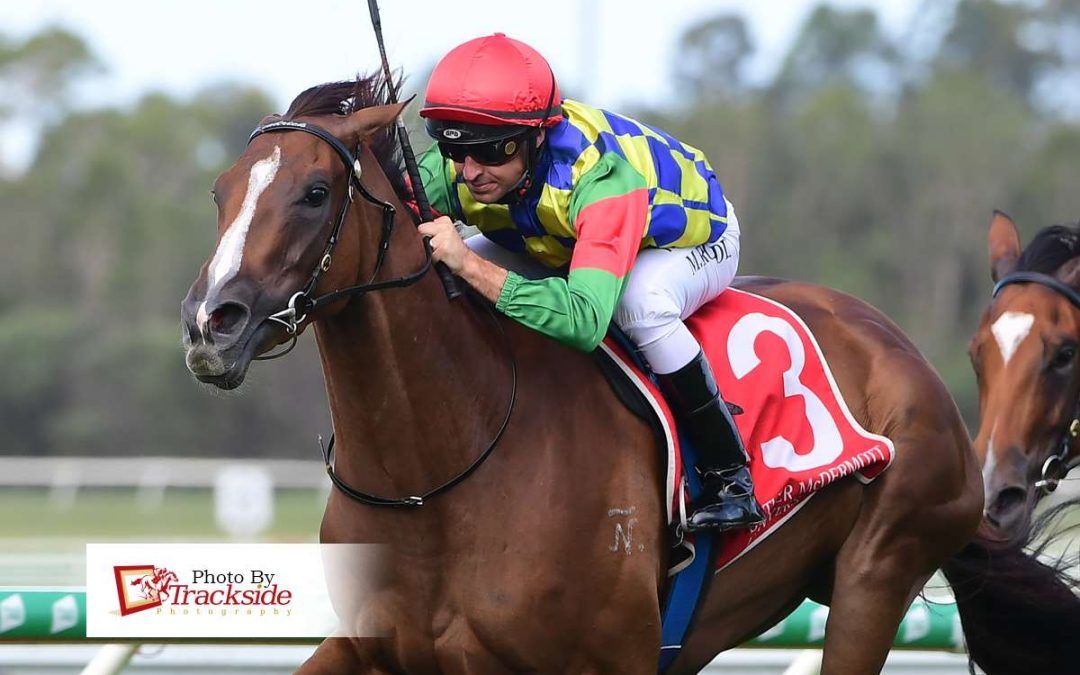 COSMIC Gossip has produced an amazing last-to-first finishing burst to break through over the mile.
Ridden by Michael Rodd, Cosmic Gossip ($2.70-fav) was as much as four lengths off the second-last horse early but rounded them up to win impressively by two lengths.
The Spill The Beans filly had put the writing on the wall when a fast-finishing fourth in a metropolitan 3YO (1600m) behind wining stablemate Way Beyond at the Sunshine Coast last start.
She was back to Sunday grade and a 3YO Benchmark 65 at the weekend and proved too strong.
“The drop back in grade proved to be the winning key,” said trainer Stuart Kendrick.
“But it was an enormous last-to-first win,” he said.
“Congratulations to Michael Rodd on a fantastic ride and to our owners.”