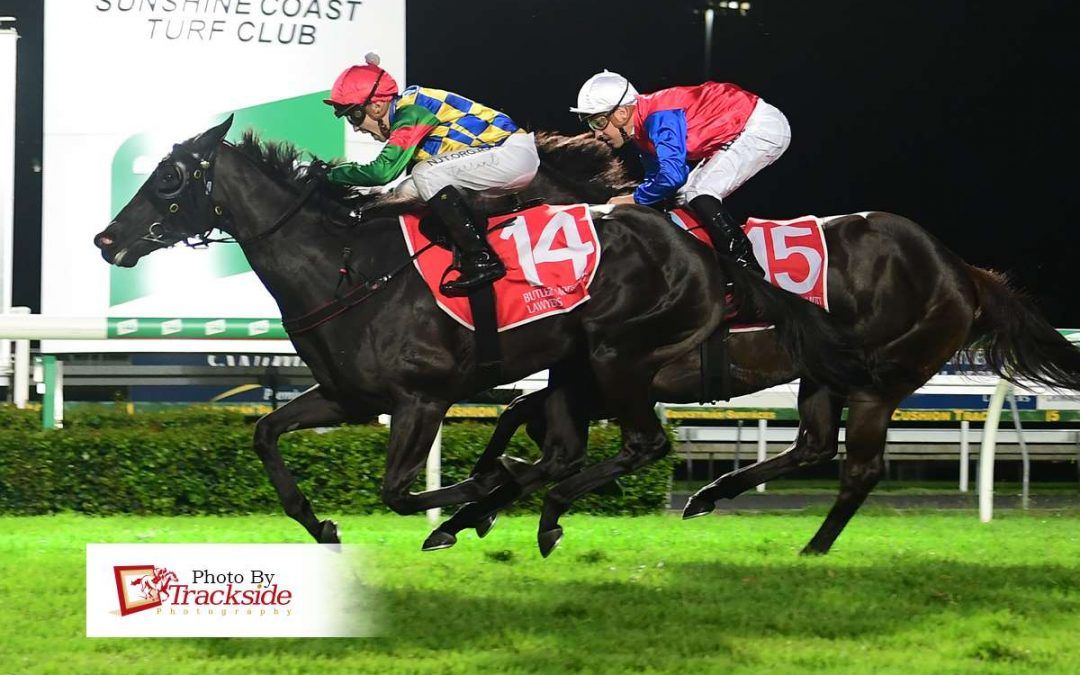 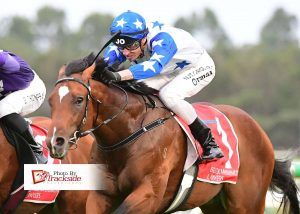 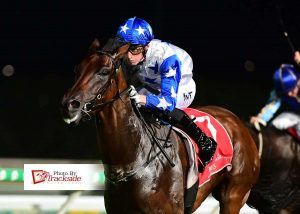 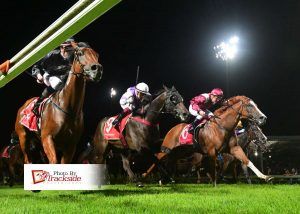 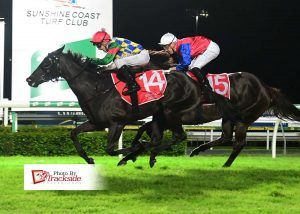 A STIRRING finish from Unlikelyoccurrence capped off a Friday night to savour when Kendrick Racing saddled up a quartet of winners at the Sunshine Coast.
“I thought she was a good chance of running a nice second or third halfway up the straight when the leader kicked,” trainer Stuart Kendrick said.
“But to her credit, she knuckled down,” he said.
Unlikelyoccurrence ($9.50-fav), ridden by Luke Tarrant, was slowly away in the Class 1 (1200m).
But Tarrant pushed her through a gap in the straight to launch a claim late before she swamped the runaway leader.
“He (Tarrant) has a nice opinion of the filly.  Every time he jumps off her he tells me she’s going to keep getting better and better,” Kendrick said.
“It was a pretty impressive win today, so it was good to see her do it,” he said.
The jubilant victory was a fitting end to the night on February 19 when the stable trained four winners.
“I think we’ve had a few fours (before) but not too often,” Kendrick said.
In the previous race, Uncomplicated ($5), ridden by apprentice Jaden Lloyd, also produced an amazing finish to win a 0-62 (1000m) first-up.
She was back second-last at the home turn and being scrubbed up to try to keep in touch but cut the corner and just kept coming along the fence before getting up in the final bound.
“She did the same thing at her first run in a race,” Kendrick said.
“She will be at her best over much more ground but seems to sprint well fresh,” he said.
The stable’s first two winners of the night came from horses sporting the Archer Park colours.
Carribean King ($4), ridden by James Orman, made the perfect racetrack debut, winning a QTIS 2YO Class 1 (1000m).
Coming off a trial win in early February, the Sweynesse colt finished strongly to grab the win at his first start.
A couple of races later Bonaparte ($3.30), ridden by apprentice Kyle Wilson-Taylor, made it two wins from three runs this preparation.
He bolted home by nearly four lengths in a Benchmark 75 (1400m).
Both horses have many of the same owners.
“They are raced by Archer Park, managed by Chris Wessel and Mark McLean,” Kendrick said.
“They have bought in a lot with us and have good owners that race with them,” he said.