The Stifmeister gets party started with metro win 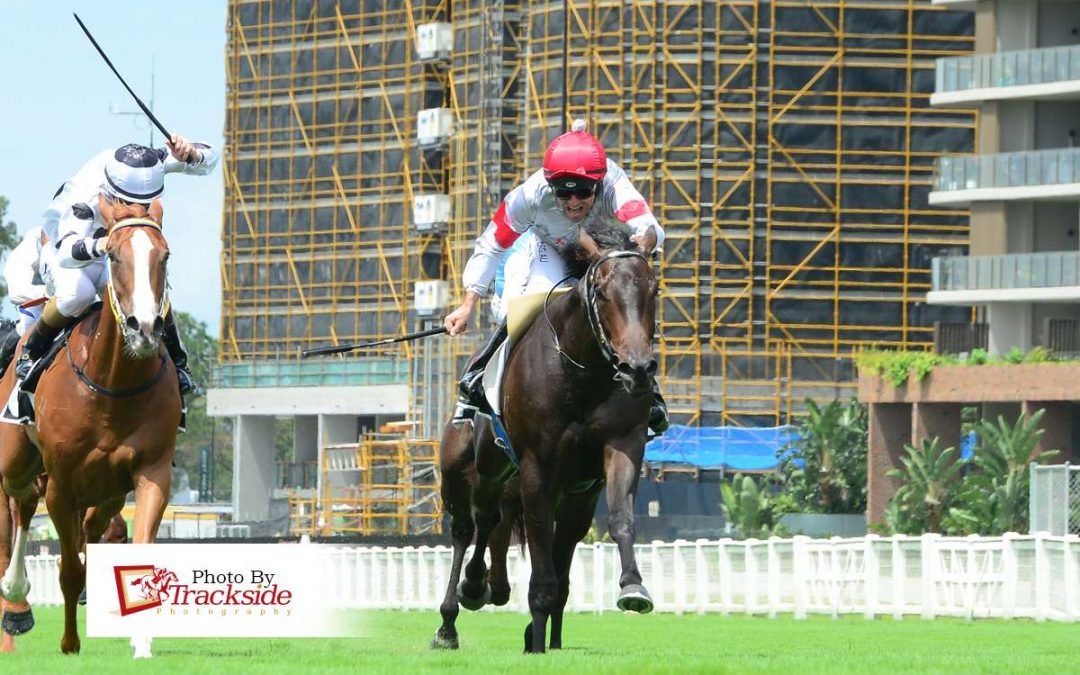 IT was fitting that The Stifmeister won at Eagle Farm on the day of trainer Stuart Kendrick’s 50th birthday party.
The Stifmeister’s movie persona Steve Stifler, of American Pie fame, loves a party.
He was nearly late for the party in the 2YO (1300m) at Eagle Farm on Saturday, March 6, but scrambled home in the final bound.
Ridden by Michael Rodd, The Stifmeister ($2.60-fav) scored at his second career start in a photo finish.
The Lohnro gelding had gone close over 1200m at the same circuit on debut but had just failed to reel in Mishani Enchanted after finishing with a rush from well back.
“He just missed first up,” Kendrick said.
“I was a little bit worried they didn’t look to be going too hard early and we were way off the speed again,” he said.
“He’s a determined little fellow. He’s not big but he’s got plenty of ticker, so good win today.”
Kendrick said connections would see how the Krew Racing-syndicated galloper pulled up before deciding whether to push on or give him a spell.
“He really thrived after that last one. We’ll just see how he pulls up and make a decision from there.”