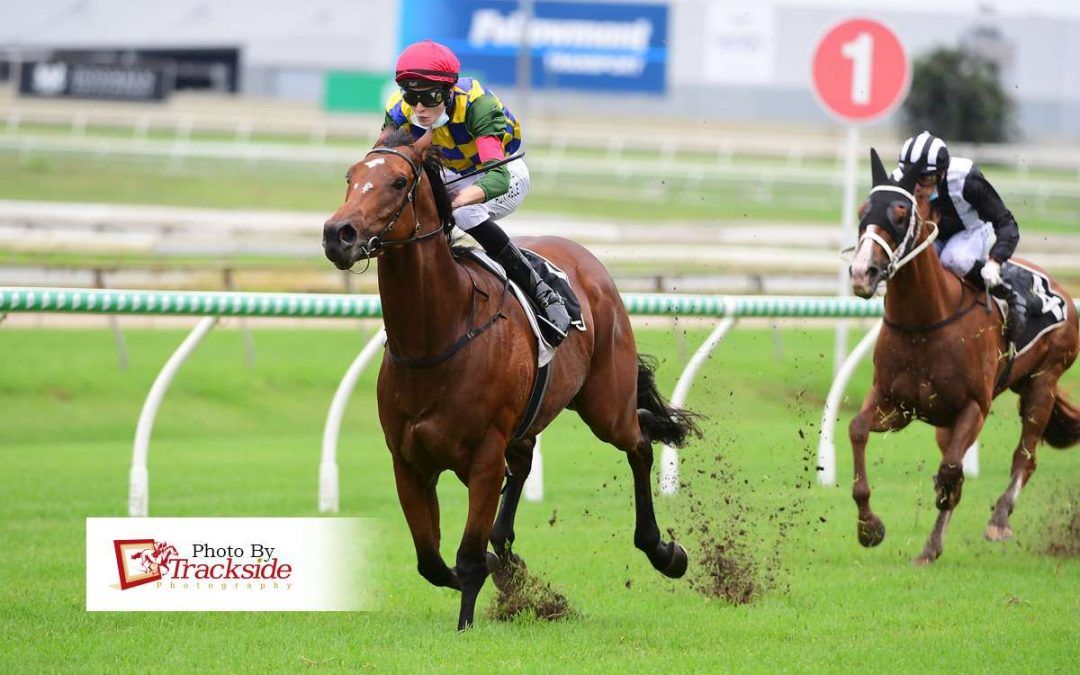 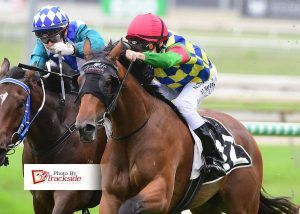 Apple Tart, ridden by Michael Rodd, kicks off a winning double at Doomben for the stable.

TRAINER Stuart Kendrick admits he was a little bit concerned the state of the heavy Doomben track could bring All To Do undone on Easter Monday.
But the horse showed he had nothing to be worried about, ploughing through the mud to a decisive three-and-a-half length win and bringing up a city double for the stable in the process.
An hour earlier, two-year-old Apple Tart had kicked of the winning double for Kendrick Racing.
Kendrick was rapt with both wins but conceded post-race he thought the second winner had it “all to do” on the waterlogged track.
“I was a little bit concerned about the track – how heavy it got,’’ he said.
“He’s quite a gross horse now. But he was really strong at the end.
“It was good to see him do that.”
All To Do ($3-fav), ridden by apprentice Justin Huxtable, was untroubled in winning a Class 2 (1050m).
“He’s always been a horse with a lot of ability,” Kendrick said.
“He spelled well; he’s done everything right. He had a nice little jump-out last week that he won nicely,’’ he said.
“Hopefully, he can go on and win a nice Saturday race for us now.”
It was a rare foray into town for the four-year-old, which has done most of its racing at home on the Sunshine Coast.
Kendrick said the horse had a few behavioural issues early on in his career.
“He used to want to run off the track and do a lot wrong. But he’s a lot more settled now and he was very relaxed in the parade ring, which was good to see.”
Stablemate The Diamond ran a solid race to finish third.
The blinkers helped do the trick with the promising Apple Tart ($2.30-fav), which won a 2YO Maiden (1200m) at career start number four.
Apple Tart, ridden by Michael Rodd, beat another handy type in Alert And Ready, with that pair clearing out by nearly seven lengths from the others.
“I think she’s a fairly promising filly,’’ Kendrick said.
“She’s just had no luck. She’s been very green and wandered around,’’ he said.
“So, we put them (the blinkers) on her the other day and she was really sharp.
“I think the more she does and over a little bit further she’ll be quite a nice horse.”
Kendrick said it would be nice to target some black type over the winter carnival with her but connections would wait and see what she did in the next couple of runs.