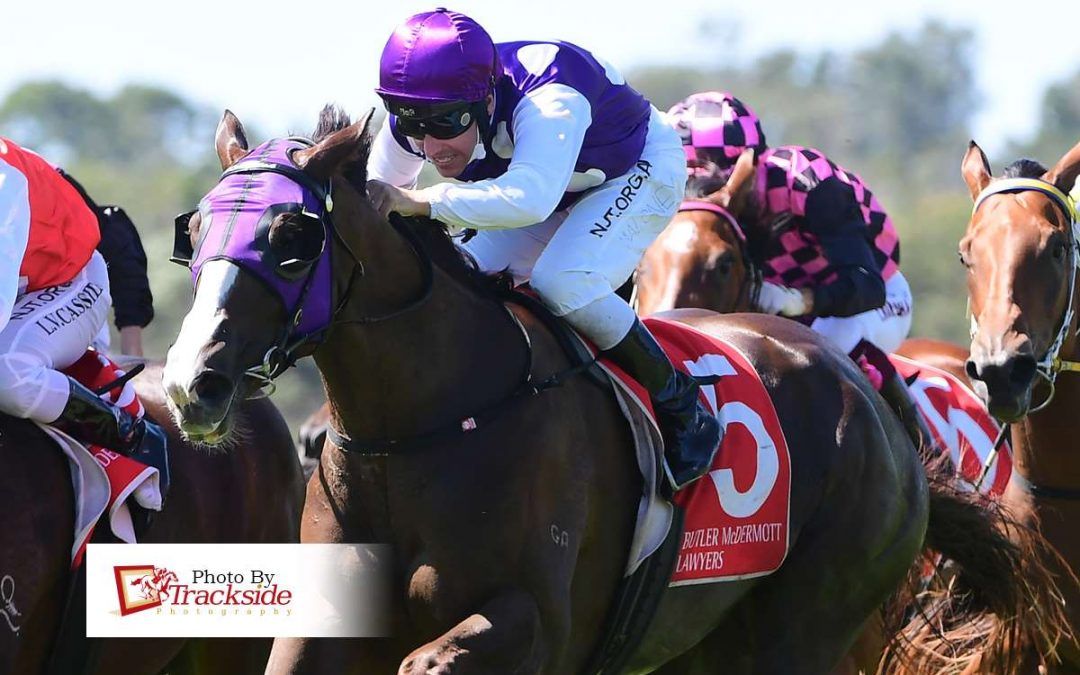 IT may have only been a two-year-old fillies maiden at the Sunshine Coast but the manner in which Bulloo won  has connections excited about a possible Group 1 tilt over the winter carnival.
“It was a terrific win, sitting three deep and coming from last to round them up,” trainer Stuart Kendrick said after she won the 2YO Fillies Maiden (1000m) at her racetrack debut.
“She was very impressive. She’s a well-bred filly we bought as a weanling,” he said.
“She has a great pedigree being by the gun sire Written Tycoon.
“She will get better the further she goes. The (Group 1) JJ Atkins could be a goal over the carnival.”
Bulloo ($14), ridden by Ryan Maloney, finished with a rush to win by a half-length on Sunday (April 11).
It marked a good end to the weekend, which also started off on a winning note when Karbors won in Rockhampton.
Karbors ($7.50), ridden by Ryan Wiggins (pictured below), broke through in a Maiden (1200m) on Saturday (April 10).
The Shooting To Win four-year-old joined the stable as a tried horse purchase by Krew Racing.
“It was good to see Karbors put it all together for the patient owners,” Kendrick said.
“He has been a bit frustrating, but with that win under his belt he might put a few together now,” he said. 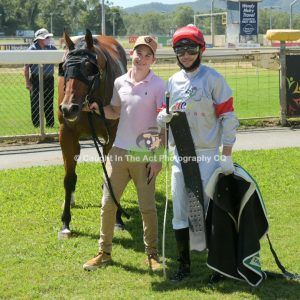