Mister Larrabee does a ‘Winx’ to rivals at Sunshine Coast 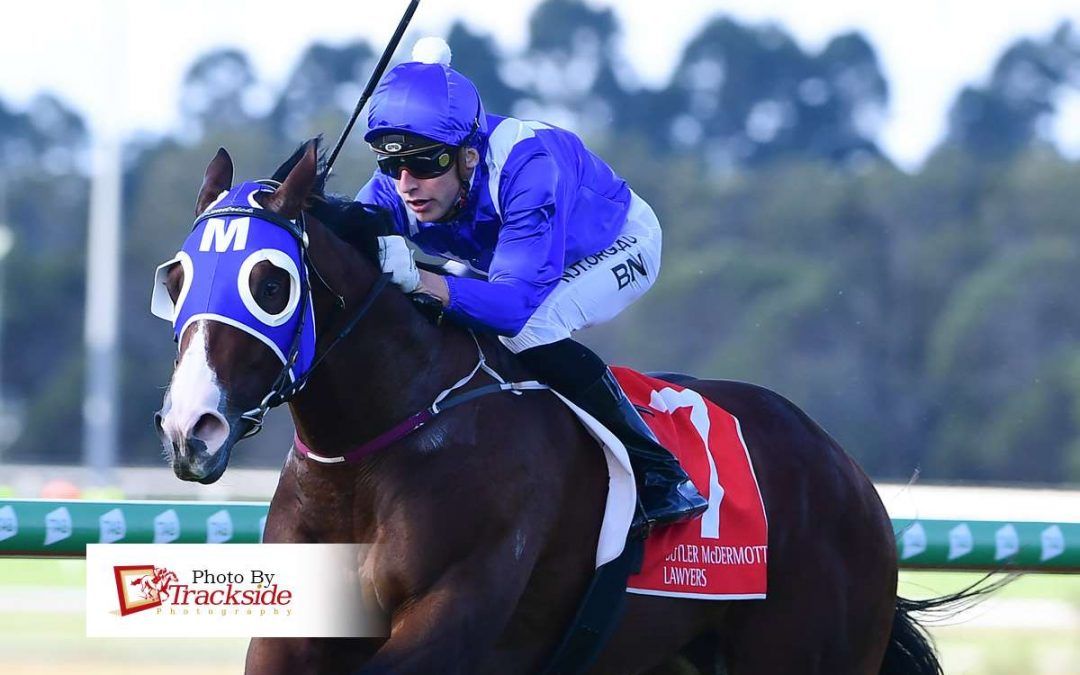 PROMISING two-year-old colt Mister Larrabee did the Winx colours justice when he bolted in at the Sunshine Coast at his second career start.
He races in part-owner Peter Tighes’ Magic Bloodstock colours – the same ones that were sported by his champion mare.
Mister Larrabee was expected to give a two-year-old metropolitan race at Doomben a big shake on debut earlier this month but did himself no favours when he raced greenly.
The addition of blinkers at the Sunshine Coast on Anzac Day (Sunday, April 25), helped and he demolished the opposition.
Ridden by Baylee Nothdurft, Mister Larrabee ($4.60) raced in about fourth spot before moving up and racing away to win by four-and-a-half lengths.
“He is an impressive colt that showed what he can do,” said trainer Stuart Kendrick.
“After a disappointing first-up run we put the blinkers on,” he said.
“He still has plenty to learn and was still a bit green but showed a very good turn of foot to put the race away at the top of the straight.”
The win in a 2YO Class 1 (1200m) was good enough to put him in winter carnival calculations.
“Depending on how he pulls up he will head towards the Ken Russell Classic at the Gold Coast in two weeks,” Kendrick said.