Don’t miss out on shares in these likely prospects 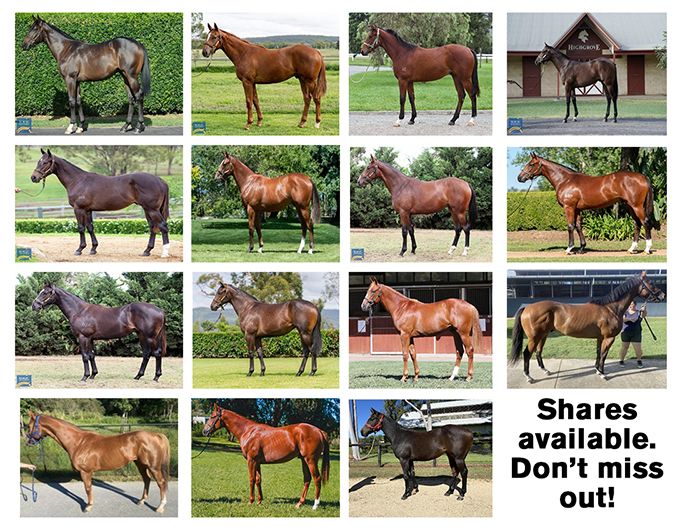 KENDRICK Racing is enjoying a stellar season and there are still opportunities for potential owners to jump aboard.
The stable has trained more than 50 winners and 120 place-getters for the season to date, for more than $1.6 million in prizemoney.
The stats include more than 10 individual two-year-old winners for the season.
“As well as metropolitan two-year-old winners among that list, we also picked up a Group 1 fourth with I’ve Bean There in Sydney last weekend,” said trainer Stuart Kendrick.
Kendrick Racing currently has shares available in a range of likely prospects.
“We have very limited shares in some and more available in others,” Kendrick said.
Check out the list below and contact the stable if one or more catch your eye: 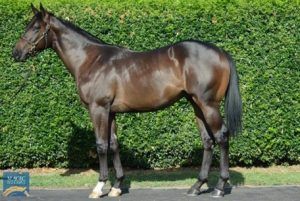 Rich Enuff-Top Hana
5% remaining
Status: Broken in, currently spelling. Will head for his first prep at the track early next month.
Price: $7550 + GST  for 5%
Outstanding type by a sire on fire.  This is a big, strong colt that is an ideal type to aim at Magic Millions. 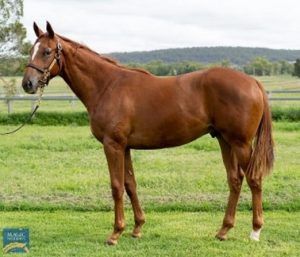 Capitalist-Limelicious
5% remaining
Status:  Broken in, currently spelling. Will head for his first prep at the track early next month.
Price: $5700 + GST for 5%
Capitalist is one of the country’s boom stallions. He was a Magic Millions and Golden slipper winner and has already thrown this year’s Millennium winner Profiteer.  This colt is a half-brother to F Troop. 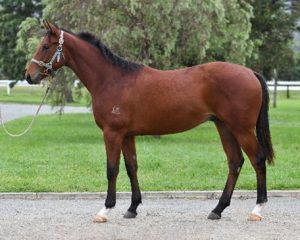 Star Witness-Princess is Ready
27.5% remaining
Status: Broken in, currently spelling. Will head for his first prep at the track early next month.
Price: $3750 + GST for 5%
Lovely balanced colt by the evergreen stallion Star Witness. He is out of a city winning More Than Ready mare and looks like a very precocious type. 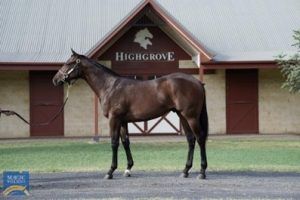 Spirit of Boom-Fate Rules
25% remaining
Status: Currently spelling due to start his early education early next month.
Price: $5500 + GST for 5%
Loved this colt he has an amazing pedigree full of stakes performers.  He is by Queensland’s leading sire in Spirit of Boom and is eligible for Magic Millions and also the QTIS bonus scheme.  Terrific opportunity to get into a cracking colt. 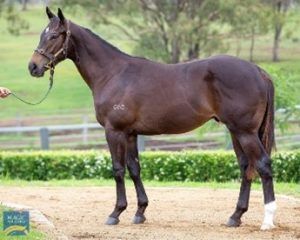 Better Than Ready-Just the Spirit
15% remaining
Status: Broken in, currently spelling. Will head for his first prep at the track early next month.
Price: $5150 + GST for 5%
Better than Ready has sired this year’s Magic Millions QTIS $1m race winner and also the second place getter in the two-year-old race.  He is one of Queensland’s best stallions and continues to do the job.  This colt’s dam is a half-sister to Spirit of Boom and Temple of Boom.  The stud kept a share as they liked him that much.  He has been broken in and will spell before coming in the stables. 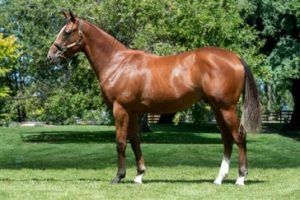 Smart Missile-Funloving
67.5% remaining
Status: Currently spelling and due to start his early education early next month.
Price: $2250 + GST for 5%
This colt is a ripper. Terrific type, great pedigree and bargain price.  He is paid up for the Inglis Millenium and I was very excited to get him into the stable. 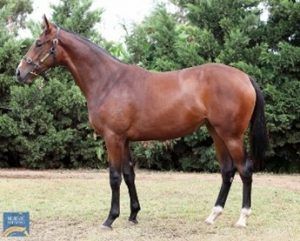 Better Than Ready-Kastenessen
90% remaining
Status: Currently spelling and due to start his early education early next month.
Price: $2250 + GST for 5%
Beautiful type of filly. QTIS registered, so running for all of the bonuses, and also paid up for Magic Millions. She really caught my eye with the way she moved and I think she is the perfect type to target the big bonuses on offer. 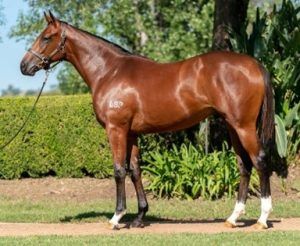 Dundeel-Anise Star
60% remaining
Status: Currently being broken in
Price: $2500 + GST for 5%
Can’t add much more than look at this colt’s photo.  He is by the gun stallion Dundeel, sire of Group 1 winners Super Seth and Castlevecchio.  He is a colt with everything going for him and I think one of the cheapest buys I have purchased this year. Get in a colt that has a pedigree to win anything. 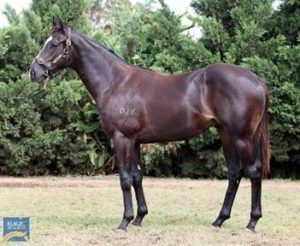 Better Than Ready-Matiya’s Pride
80% remaining
Status: Currently spelling and due to start his early education early next month.
Price: $4500 + GST for 5%
Run, run, run.  This colt will definitely run quickly. He is out of a Sydney winning Lion Hunter mare who won nine.  He is an athlete and is eligible for all the QTIS bonuses and Magic Millions. 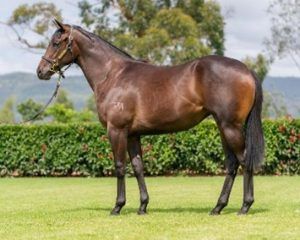 More Than Ready-Girls Night Out
75% remaining
Status: Currently being broken in
Price: $4250 + GST for 5%
This filly is bred to be a Group 1 winner. She is By More Than Ready (sire of Golden Slipper winner Sebring) out of a fantastic mare. Watch her video and I’m sure you will be sold like I was.  She is paid up for the $2million Millennium.  She will also have very good residual value, especially if she can win a decent race. Loved her and think she is great value at this price 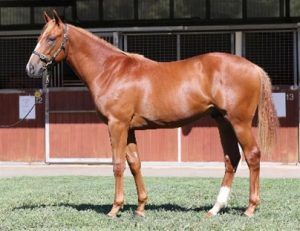 Impending-Sleight of Hand
30% remaining
Status: Currently spelling and due to start his early education early next month.
Price: $2250 + GST for 5%
This colt is literally half price! He was passed in and then re-offered through the online auction.  He is a lovely colt who is a half brother to Rampage. His sire is was an outstanding racehorse and his progeny sold exceptionally well at all the sales.  His dam’s family is again outstanding and full of stakes performed horses. He is a very impressive mover. Get in quick as he will sell very fast. 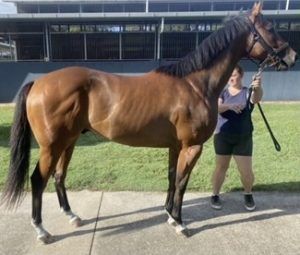 Bolt Action
Status: Currently spelling and is due back in work early May.
Price: $3200 + GST for 5%
Ideal opportunity to get into a two-year-old with a heap of ability and all the work has been done.  He trialled very well, running second and then had one start for a strong second at the Sunshine Coast. He is currently having a short spell and will then be back in work and be aimed at some nice races over the Spring.  Great opportunity to get to the races quickly with a horse that can gallop. 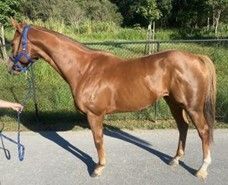 He Can Star
Status: Ready to race
Price: $2250 for 5%;  $4300 for 10%
Lovely horse with strong Melbourne provincial form.  The current owner has bought the other owners out to bring him to Queensland.  He is now looking for some new partners to race this sprinter.
He has thrived since coming to Queensland and looks fantastic.  His work has been very strong and he is ready to trial. He is lightly raced, only having 18 starts for four wins.
Ideal opportunity to race a proven galloper and have a lot of fun with a new group of people. 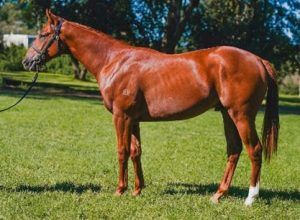 Written Tycoon/-Nakaaya
Status: Spelling
Price 5% for $2000 plus GST
Colt by one of the hottest sires in country in Written Tycoon.  Sire of Golden Slipper winner Capitalist, Blue Diamond winner Written By and Golden Rose winner Ole Kirk, just to name a few.
His dam Racing Nadine has already thrown three winners.
He is a strong colt and will continue to mature over the next few months in the Queensland sun.
Very difficult to buy a colt with this pedigree, so is an ideal opportunity to get in on what could be a real bargain. 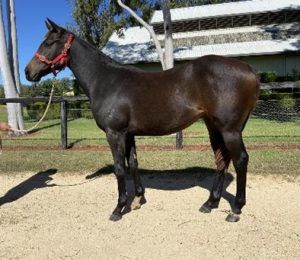 Hellbent-Skyerush
This filly is a very sharp, uncomplicated Hellbent filly out of an extremely fast multiple stakes winning mare. She is medium sized, has great depth, moves well and looks like an early two-year-old.
Sire: Hellbent
> First crop of yearlings sold for up to $500,000 at public auction.
> By the Sire sensation I Am Invincible.
> G1 winner with a blistering turn of foot.
> Stamps his progeny with his good looks and athleticism.
> Hellbent yearlings have averaged over $120,000 from his first crop sold.
Dam: Skyerush
> 11-time wining mare, including five stakes wins and Group 1 placed.
> Three-quarter sister to the Hellbent yearling filly WINDSTREAM, by I Am Invincible, a two-time winner and in work with Chris Anderson in Queensland.
> Attractive mare that throws good-looking progeny.
> The I Am Invincible cross with SKYERUSH is a proven winning cross.