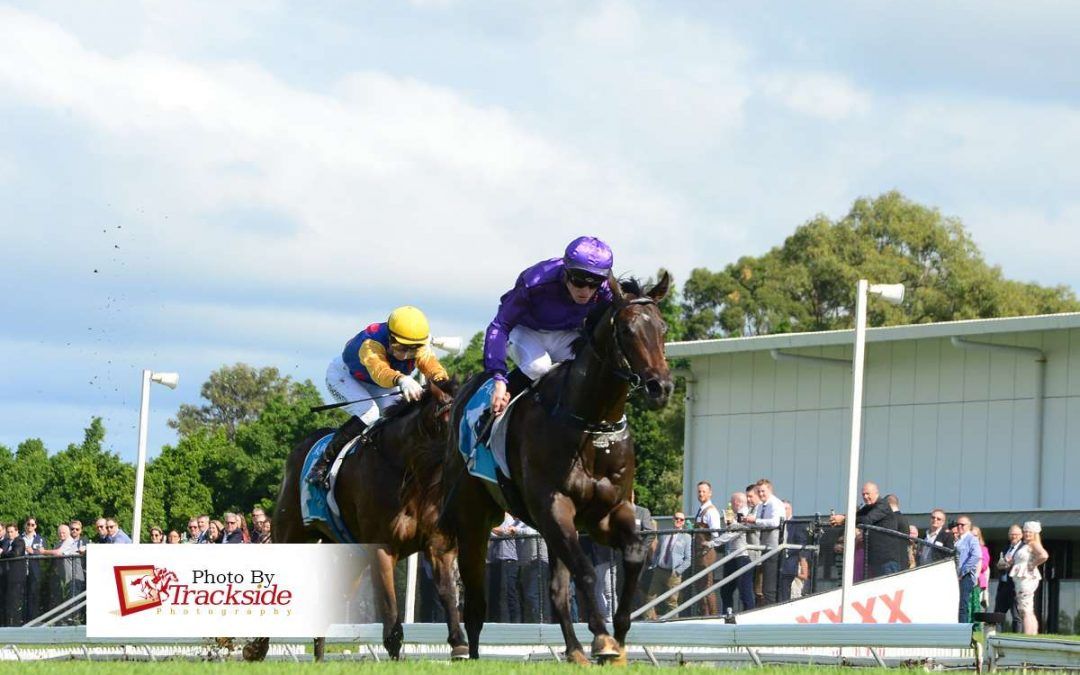 KENDRICK Racing helped ensure apprentice Kyle Wilson-Taylor’s metropolitan debut was a winning one when they partnered for success with Fierce Warrior at the Gold Coast.
Fierce Warrior ($3.80) won race one on Wednesday (May 12), a QTIS 2YO (1000m).
It was the Toowoomba apprentice’s first metropolitan ride and he made it a double later in the day.
Trainer Stuart Kendrick said the stable had enjoyed provincial success with Kyle Wilson-Taylor.
“We were happy to put him on and pleased we could be a part of his first midweek metropolitan success,” he said.
Kendrick said the race didn’t all go according to plan, with Fierce Warrior not really handling the heavy track.
“But he was too strong,” he said.
“He came off a good run in the listed Dalrello last start and was suited by the drop in class to midweek.
“He is by Better Than Ready, a stallion getting winners everywhere.
“He’s also raced by a Magic Millions ladies syndicate and has now won two QTIS races from three starts.
“We’ll freshen him up and aim him at a 1000-metre QTIS race on Caloundra Cup day.”