Superare bounces back with golden win at the Coast 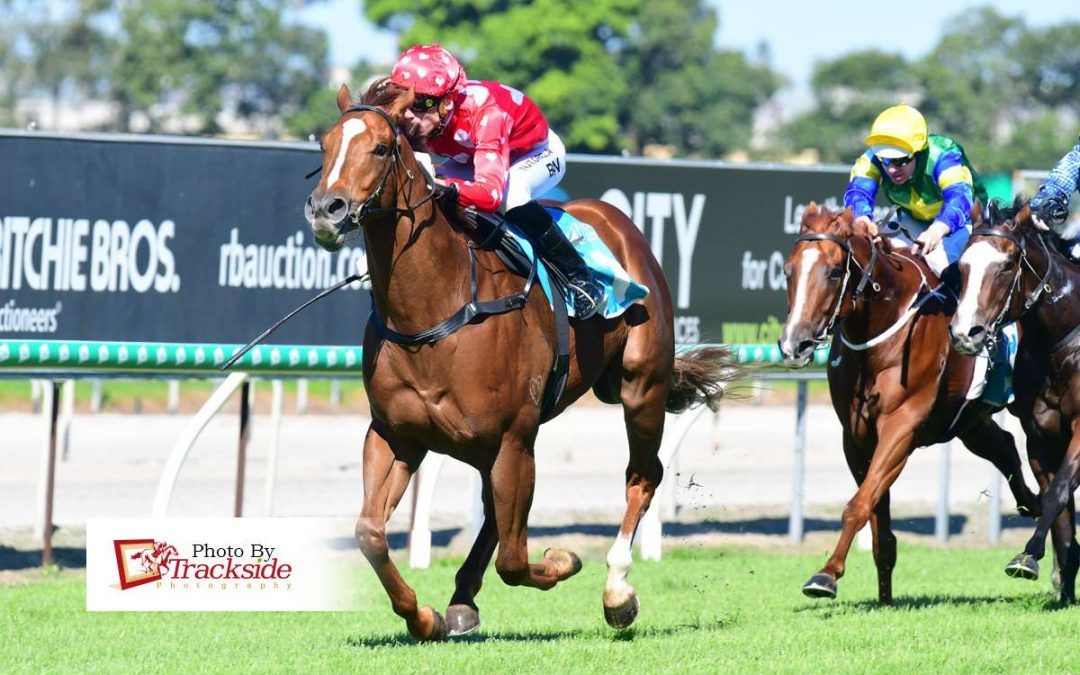 SUPERARE seems to have an affinity with the Gold Coast.
The Exceed and Excel three-year-old bounced back from a disappointing first-up effort with a strong win in a QTIS 3YO Benchmark 65 (900m) on Saturday, May 15.
It was his first visit to the Gold Coast circuit since he finished second in the Group 3 Ken Russell as a two-year-old exactly a year ago.
Ridden by Baylee Nothdurft, Superare ($4.40) was back and wide in the small field on the heavy track but moved up menacingly in the straight.
When let go by Nothdurft, he raced away to win by one-and-a-half lengths.
Trainer Stuart Kendrick said it was great to see the horse back in the winner’s stall after a disappointing effort when resuming in a 3YO Quality at Doomben.
“He had a short let-up at the farm and a jump-out that did the trick. It helped switch him on,” he said.
“It was a strong win with 62kg on a wet track.”