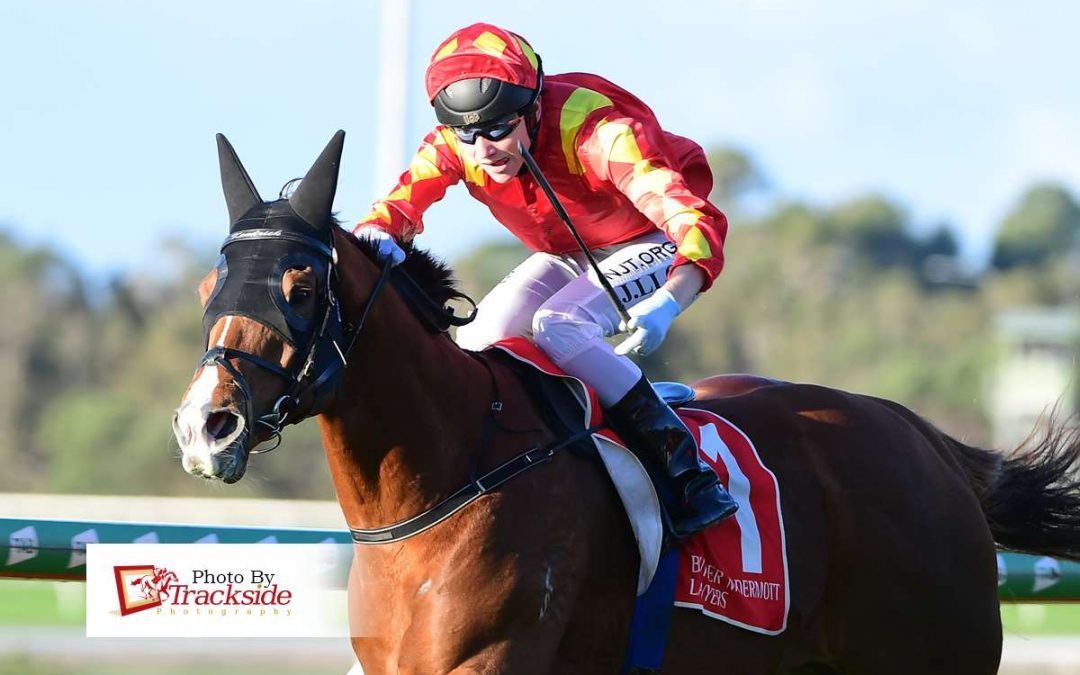 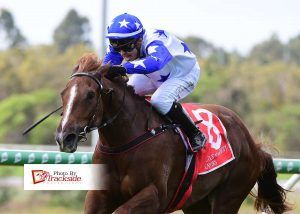 Starhattan, ridden by Luke Tarrant, kicked off the treble. 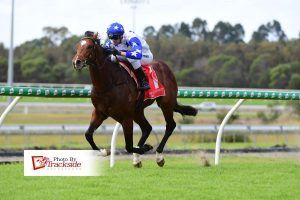 Carribean King, with James Orman, won the next race sporting the same colours.

KENDRICK Racing capped a good weekend with a treble at the Sunshine Coast on Sunday.
The triple success included a double with horses carrying the Archer Park colours in the first two races of the day.
Starhattan ($20), ridden by Luke Tarrant, stunned race-goers with a win on debut in a QTIS Fillies Class 1 Plate (1000m).
The white and blue stars were prominent again in the next with a stunning first-up win by Carribean King ($7)  in the colts and geldings division of the same race, with James Orman aboard.
“Starhattan showed plenty of determination to run down the heavily backed favourite,” said trainer Stuart Kendrick.
“She had been solid in two jump-outs and her work was good leading into the race,” he said.
“But she exceeded expectations over the shorter trip.”
Kendrick described Carribean King’s win as brilliant.
“He went straight to the front and never gave anything else a look-in,” he said.
The stable completed a treble when former Victorian He Can Star (main image) won at his first Queensland outing.
He Can Star ($8.50), ridden by Jaden Lloyd, won a Benchmark 65 (1000m) at his first run since September and first for Kendrick Racing.
“The win repaid the faith of his owner Gary Warren,” Kendrick said.
“He brought him up from Victoria and has been patient, giving him time to have a break and settle in,” he said.
“He showed good speed and determination to win and still has improvement in his fitness.
“It capped a good weekend for us, with five winners and two placegetters.
“We also took our individual two-year-old winners tally to 14 for the season.”