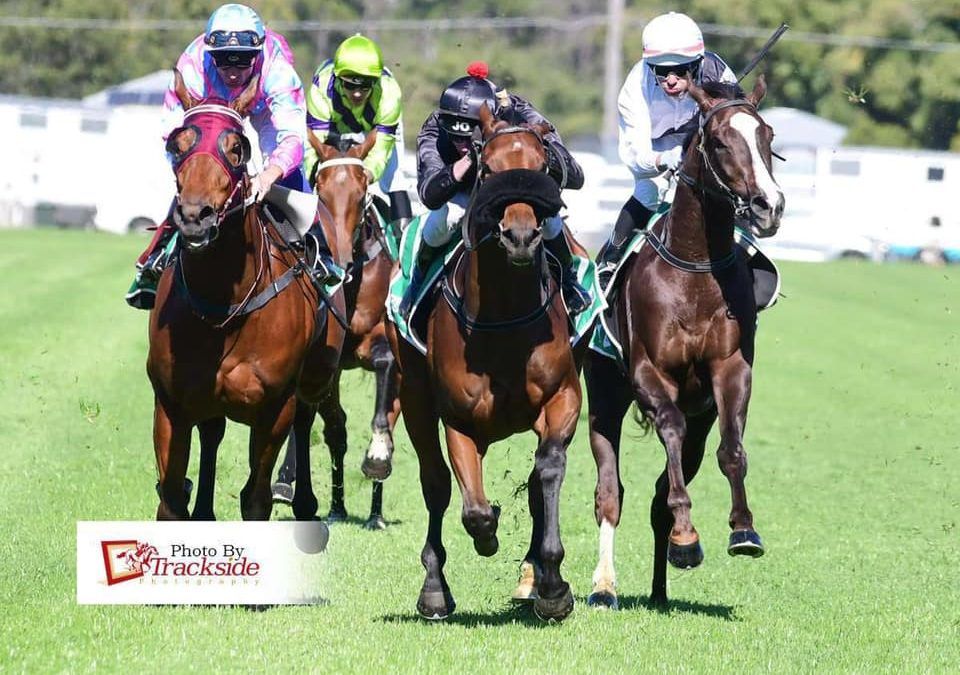 ALL Too Hard two-year-old Bayerische’s win on Ipswich Cup day had some added sentimental value.
And it wasn’t just because trainer Stuart Kendrick’s in-laws, the Kidds, are part-owners of the horse.
“It was a very satisfying win as he was one of the first weanlings we bought to raise on the farm,” said Kendrick.
Bayerische ($12), ridden by James Orman, who had also been in the saddle for a stable double at the Sunshine Coast the night before, won the first on Ipswich Cup day, a QTIS 2YO (1350m).
“He has been very good, running fourth in a stakes race last start,” Kendrick said.
“He dropped back to two-year-old grade on Saturday,” he said.
Orman took Bayerische back from a wide gate and he had to weave through the field in the straight before hitting the line well.
“He should improve further after a spell and make a very good three-year-old,” Kendrick said.