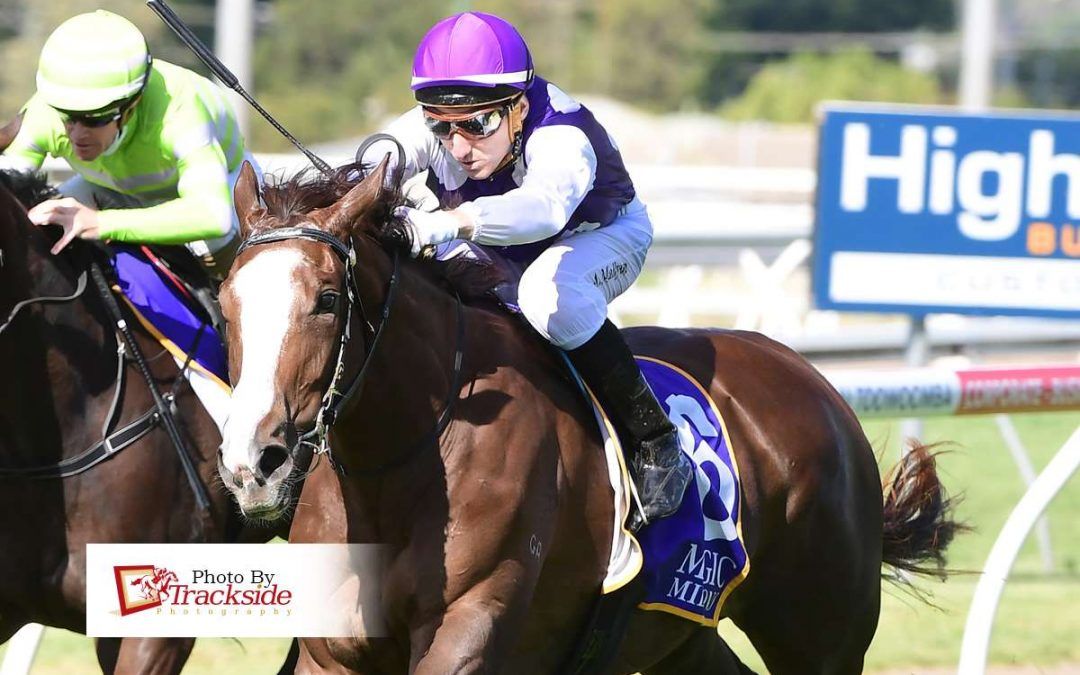 WRITTEN Tycoon filly Bulloo has added a feature race to her fledgling career resume.
She took out the Guineas (1625m) at the Toowoomba Cup meeting on Saturday, September 25.
Having her first go at the mile, the three-year-old scored a brilliant win, making it two from her past three after winning over 1200m at Doomben on September 1.
“She thrived over the extra distance,” trainer Stuart Kendrick said after Bulloo ($3.50) won by one-and-three quarter lengths at Toowoomba.
“She is a lovely filly that should appreciate a staying trip,” he said.
“With the blinkers off, she settled lovely. It was a great ride by Andrew Mallyon.”
Bulloo’s career record now stands at three wins and two placings from six starts and more than $107,000 in prizemoney.