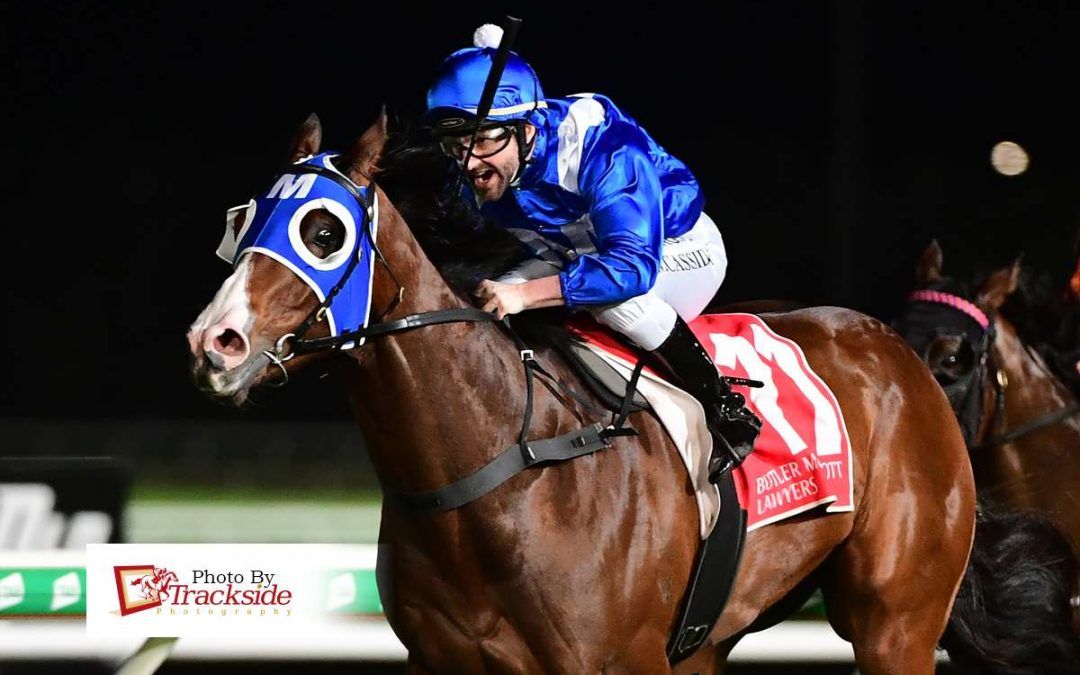 PROMISING three-year-old Mister Larrabee has won the second class one race of his short career.
The Smart Missile gelding won second-up under Caloundra’s Friday night lights in a CG&E Class 1 (1200m) on September 24.
Ridden by Larry Cassidy, Mister Larrabee ($2.05-fav) was down in class and up in distance after resuming with a second in an Eagle Farm 3YO (1000m).
He was far too good for his rivals, winning by two-and-a-half lengths.
Mister Larrabee broke his maiden status at his second career run in a 2YO Class 1 (1200m) at the Sunshine Coast in April.
“He appreciated the rise to 1200 metres on Friday night,” said trainer Stuart Kendrick.
“He should improve further over more ground,” he said.