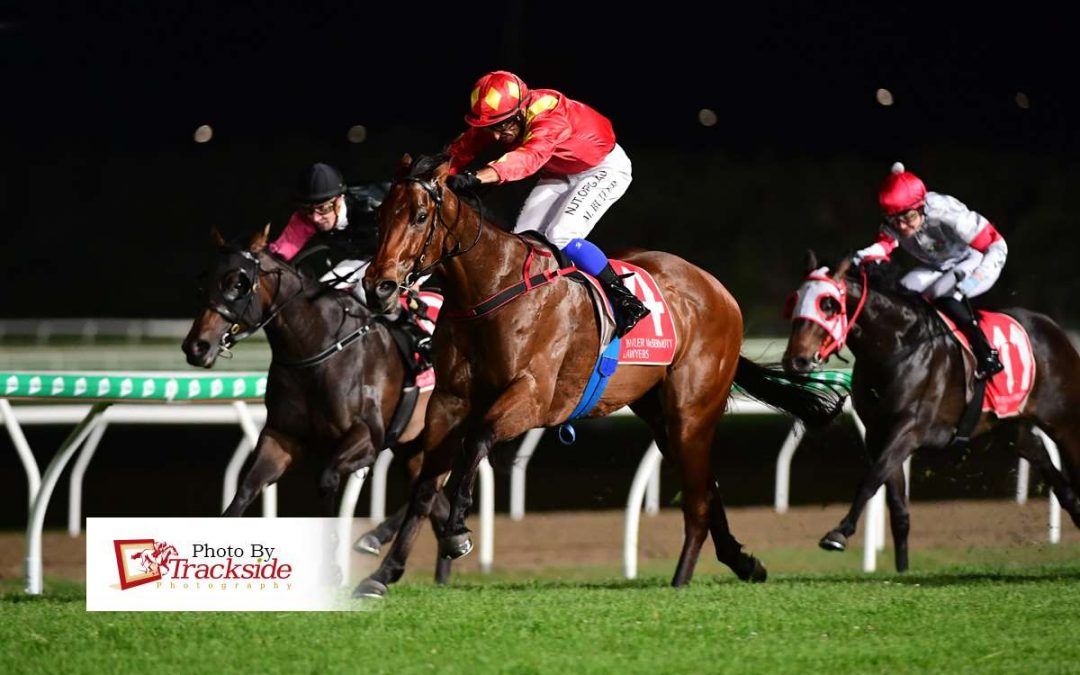 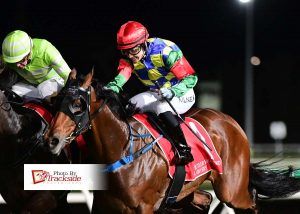 Apprentice Leah Kilner and Way Beyond kicked off the Friday night double for Kendrick Racing.

JOCKEY Morgan Butler and speedster La Amigo got their timing spot on to land Kendrick Racing a double under lights at the Sunshine Coast.
Butler and La Amigo ($7) opened up a big lead before just holding on in a Class 1 (1200m) on Friday night (October 8).
It was a carbon copy of the horse’s maiden win over the same course and distance three starts back when they held on by the exact same margin.
The exciting victory also handed the stable a double after Way Beyond won earlier in the night.
Trainer Stuart Kendrick said Butler rode La Amigo in all of his work and had done a great job.
“He was a really difficult horse early and Morgan just knows how to ride him,” Kendrick said.
“In his last two weeks his trackwork has improved out of sight in his manners. He’s a lot more relaxed,” he said.
“I said to Morgan if he can just save something today. He got his mouth open for about a furlong there, but then he came back underneath him and had a good kick.”
Kendrick said Gary Warren bred the horse and put some friends into him to race.
“We’ve had him since he’s been a baby. He’s grown into a lovely horse,” he said.
“He’s got plenty of speed and they’re having a lot of fun with him.”
Butler said he believed the horse would show his best next preparation.
Way Beyond’s win came in an Class 3 (1800m) as a $2.80 chance.
Apprentice Leah Kilner’s claim helped, with the four-year-old carrying 59kg instead of 60.5kg.
That proved crucial, with Way Beyond just edging out odds-on pop Keefy in the tightest of finishes.
It was Way Beyond’s second win from his past three, having scored over the same course and distance in Class 2 company two back.