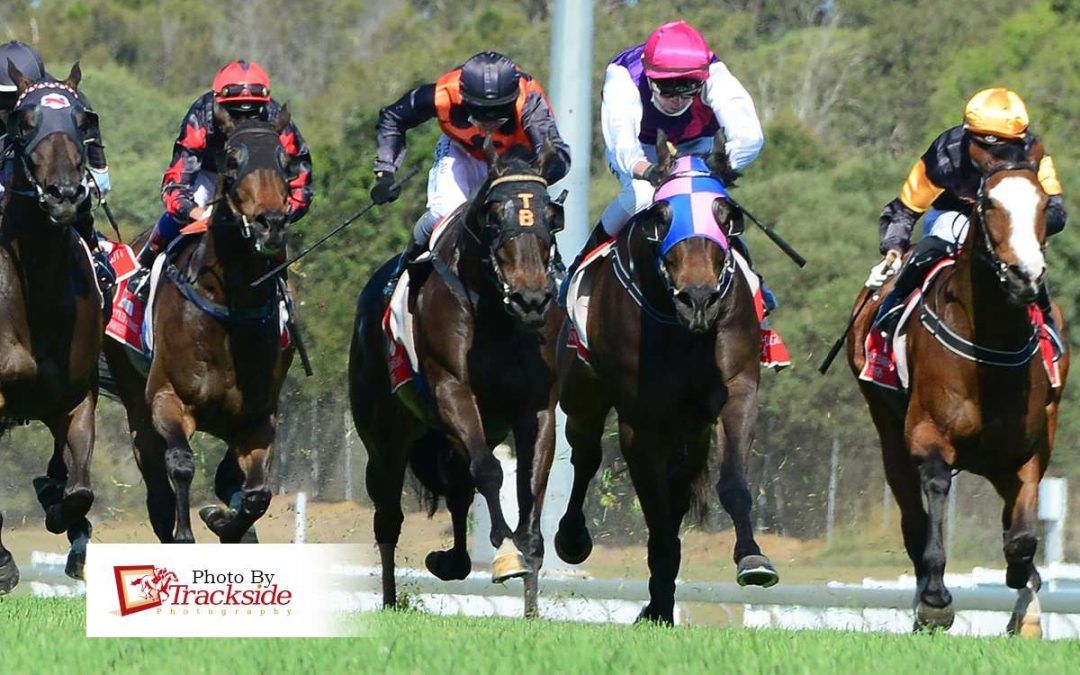 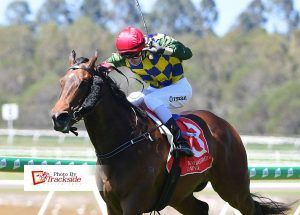 James Orman and Bellicosity kicked off the treble at the Sunshine Coast. BELOW: Stephanie Thornton and Cosmic Gossip were the middle leg of the treble. 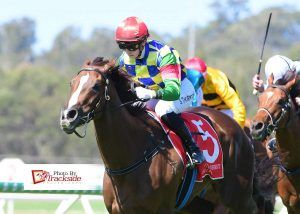 A HOMETRACK treble capped a memorable weekend of six winners for Kendrick Racing.
The three winners at the Sunshine Coast on Sunday (October 10) – Bellicosity, Cosmic Gossip and Highland Son (cover photo) – followed a Friday night double at the racetrack.
A Saturday win at the Gold Coast, wedged between the Caloundra successes, made it six winners in three days for the stable.
Former Victorian Bellicosity kicked off the Sunday treble, winning at this second Queensland start.
Ridden by James Orman, Bellicosity ($4.40) broke through in a Maiden (1200m).
“Bellicosity was a good buy off the Inglis Auction,’’ trainer Stuart Kendrick said.
“He’s very well bred and improved since his first-up run (when third),” he said.
“It was a good ride by Jimmy and it was a tough win when challenged.
“He might progress to better races now.”
Track specialist Cosmic Gossip ($2.60-fav) was the second leg of the treble, holding off fast-finishing stablemate Cabochon Lil ($6) in a Class 6 (1600m).
Ridden by Stephanie Thornton, Cosmic Gossip raced handy and proved too strong, although Cabochon Lil finished with a rush from well back to run her more fancied stablemate to a quarter of a length.
“Cosmic Gossip showed she loves the Sunny Coast track by adding another win,’’ Kendrick said.
“She was ridden to perfection by Steph,’’ he said.
Highland Son (3.80-fav) also finished fast from well back to win a Benchmark 68 (1200m) with Orman onboard, handing him a riding double.
Kendrick said the horse had put it all together to produce the last-to-first win in fast time.
“He was unlucky last start but Jimmy came to the outside and finished powerfully to win easily,’’ he said.