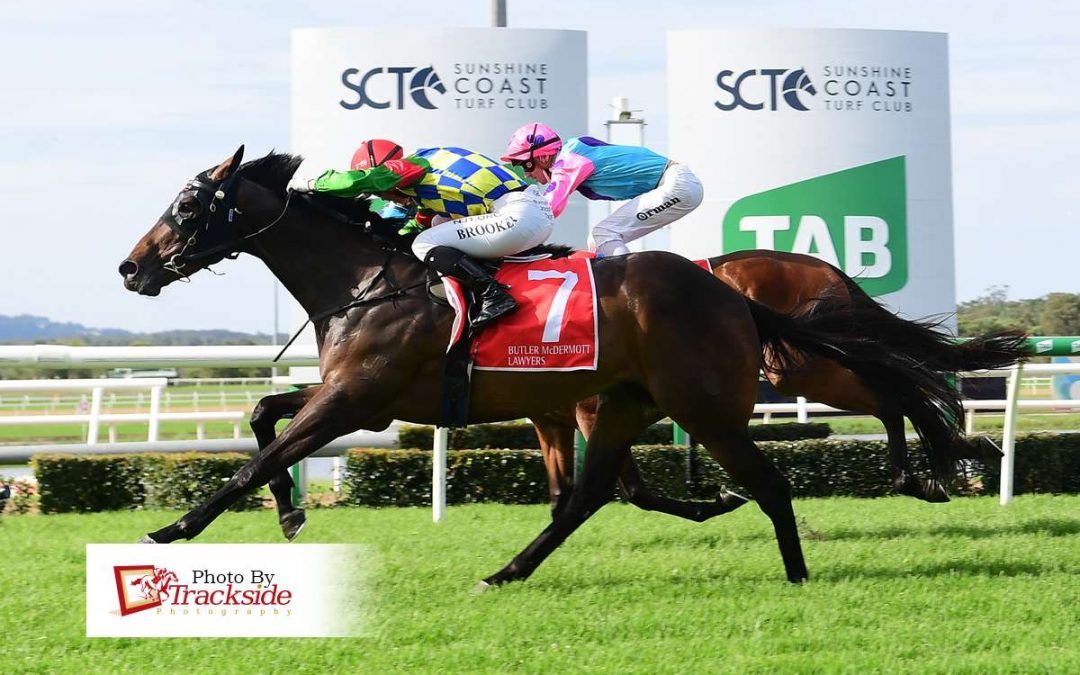 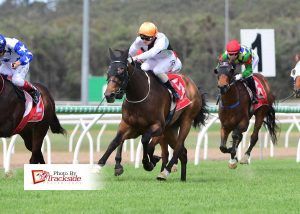 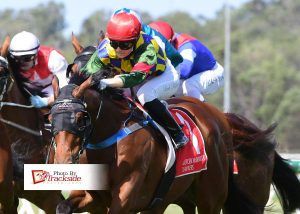 Way Beyond, ridden by Leah Kilner, was the second leg of the four winners. 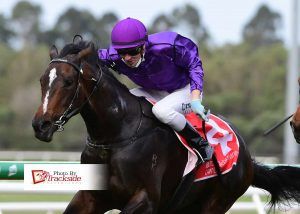 Purple Diamond, ridden by James Orman, was the fourth winner of the day for the stable.

KENDRICK Racing has had a day out at the Sunshine Coast races with four winners, including a promising staying type in maiden winner Pool Pony (main photo).
Having his third career start, the big-striding Pool Pony ($4), ridden by Tiffani Brooker, finished strongly to break through in a Maiden (1400m) on Sunday, October 24.
Trainer Stuart Kendrick said Pool Pony’s first two starts were and Doomben and it just hadn’t suited him.
“He’s got back and awkward and this was the first opportunity we had to get him back on the big track,’’ he said.
“I really like him. He’s a nice horse and I really think he’ll make a nice staying three-year-old.
“It was good to see him do that today. He was a long way off, had to come wide but still hit the line against the older horses.”
Kendrick said Pool Pony had a lovely action and a good stride and had strengthened up a lot.
“Hopefully, we can see the best of him over the next few months.”
Pool Pony’s win came mid afternoon on a day the stable won four of the first six races.
They kicked off with a quinella in the first,  a QTIS 3YO Benchmark 62 (1200m), with Vetta Velocita ($8), ridden by Jake Bayliss, finishing strongly down the outside to just nudge out stablemate Maximum Output ($3.70).
The stable then struck again in race three, a Benchmark 70 (1600m), with Way Beyond, courtesy of a patient ride by apprentice Leah Kilner.
Way Beyond was caught up in traffic but Kilner didn’t panic, biding her time before switching him across heels and producing a winning finishing burst.
Pool Pony made it three before Purple Diamond, ridden by James Orman, was the fourth, winning the next, a 0-58 (1200m).
Purple Diamond ($4) was also held up momentarily before arriving in time to grab the win.
The four winners capped some excellent results for the stable in the past month.
“We’ve had a great month. A lot of these young horses are starting to come through, that we’ve been working on,’’ Kendrick said.
“And a few of the older ones, like Way Beyond, keep ticking over,’’ he said.
“It’s been a good month and the team’s going great.”