‘Not Another’ second as speedster breaks through 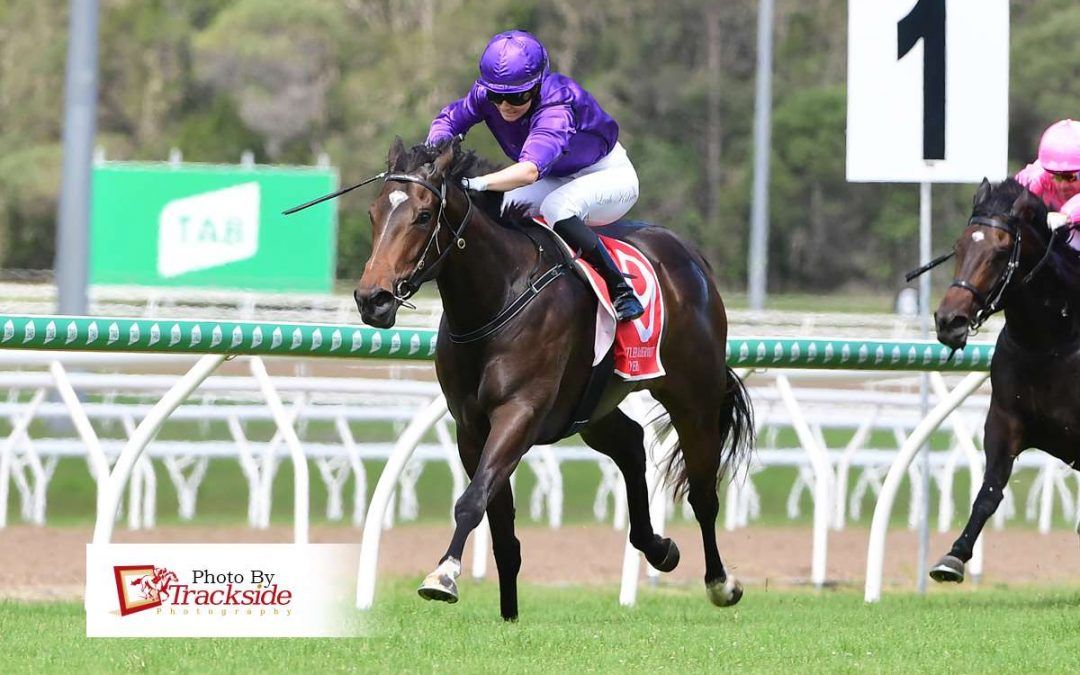 IT was a case of “Not Another” second when a speedster by that name broke through at the Sunshine Coast.
Not Another had finished second at two previous starts, but would not be denied a breakthrough win on Sunday, December 12.
The Reed Racing galloper was well backed to start a shade in the red and raced accordingly.
Ridden by apprentice Leah Kilner, Not Another went to the lead and was never headed, winning by a half-length.
Stablemate Richunclemoneybags ($8) finished third.
Trainer Stuart Kendrick said Not Another was a nice filly.
“She’s only going to get better and better. She’s still a bit immature.
“She’ll be a nice horse next time, that’s for sure.
“She’s still got a lot to to learn. She got a little bit lost when she got to the front.”
Kendrick said she’d been unlucky when beaten on the poly track at the Sunshine Coast last start as she had to stop a couple of times.
“The nice gate today, the claim off for Leah and she put it beyond doubt when she hit the front.”
Kendrick said hopefully she could get a couple of wins and then go for a spell.
“And we’ll have nice horse next year.”
Kendrick believes Richunclemoneybags, named after a Monopoly character, could be a nice miler with time.
“He’s a horse with any amount of ability. He’s just got to learn what it’s all about.
“He thinks it is a big game still.”