Finnicky puts barrier misdemeanours behind her 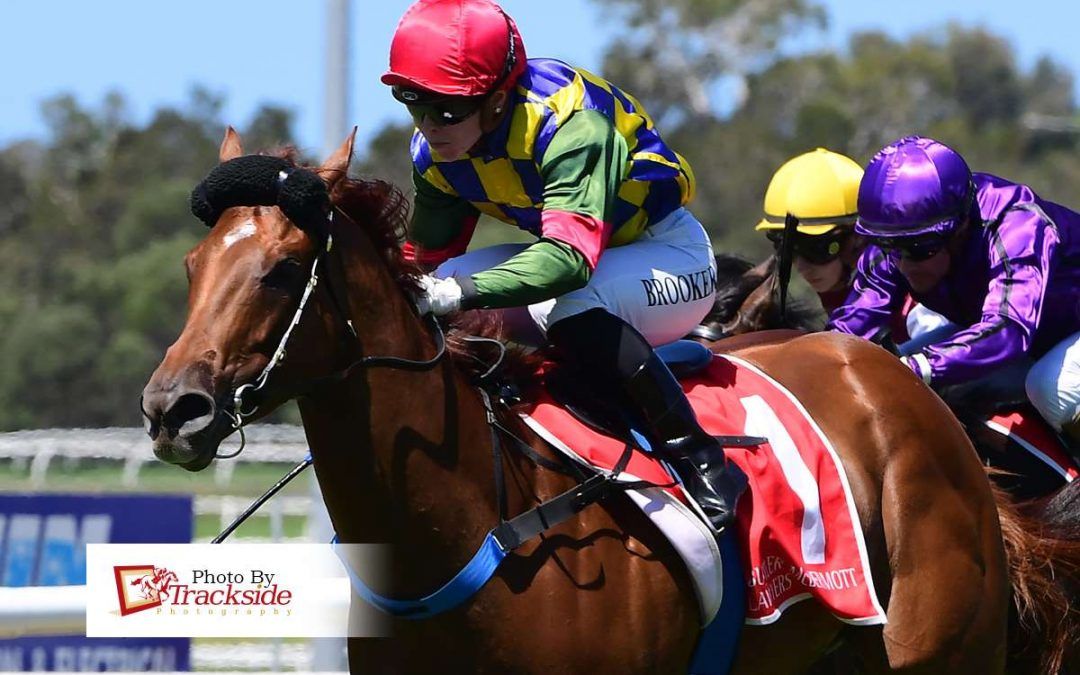 THE addition of a brow band and some gentle handling by jockey Tiffani Brooker did the trick with Finnicky.
“She’s been a frustration, this horse, scratched at the barriers and then a non-runner at her past two,” said trainer Stuart Kendrick.
“She’s a beautiful horse to deal with around the stables but just gets herself worked up at the barriers,” he said.
Following her latest barrier mishap, the lightly raced five-year-old had to trial for stewards and did so in good fashion on Tuesday leading into Sunday’s race at the Sunshine Coast.
“Tiff did a good job keeping her settled and the addition of the brow band did the job at her trial on Tuesday,” Kendrick said.
She replicated that winning trial form, breaking through in a F&M Maiden (1000m) as a $3 chance with Brooker again onboard.
Finnicky jumped and sat outside the leader and was strong to the line, winning easily by two lengths.
“She should be even better over 1200 metres at her next run,” Kendrick said.