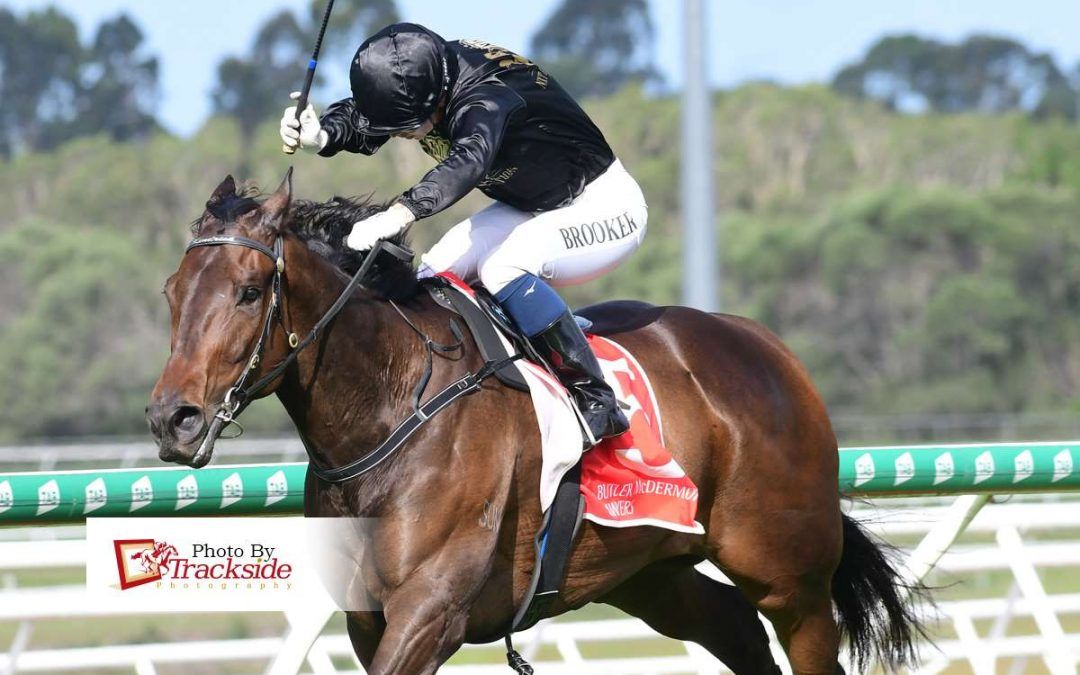 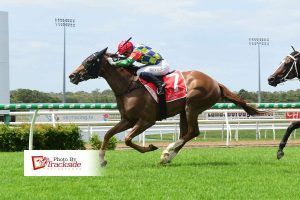 Richunclemoneybags, ridden by Tiffani Brooker, kicked off the double for Kendrick Racing.

NEW addition to the stable, Shopping Esprit, has helped Kendrick Racing land a winning New Year double at home.
Having his first start for the stable, Shopping Esprit ($3.80) found the lead and was then never headed in a Class 2 (1400m) on Sunday (January 2).
Earlier, Richunclemoneybags ($2.20-fav) kicked off the double, scoring a well-deserved breakthrough win in a CG&E Maiden (1400m).
Both horses were ridden by Tiffani Brooker.
Trainer Stuart Kendrick said Shopping Esprit (main image) had endured his fair share of issues.
“But he looks to have matured and is now a sound horse,” he said.
“He had worked well leading into the run and that showed, putting his best foot forward to lead when there was no speed on.
“Congratulations to his owners Sean Andersen and Nxt Level syndications, as well as Andrew Stewart from E-Trakka, who has put a lot of work into this horse.”
Kendrick said Richunclemoneybags’ win was especially pleasing.
“He has been very consistent with no luck this preparation,” he said.
“He is a well-bred three-year-old with plenty of ability.
“He will now spell and come back for the winter.”