Knockknee flies on her home’s poly track under lights 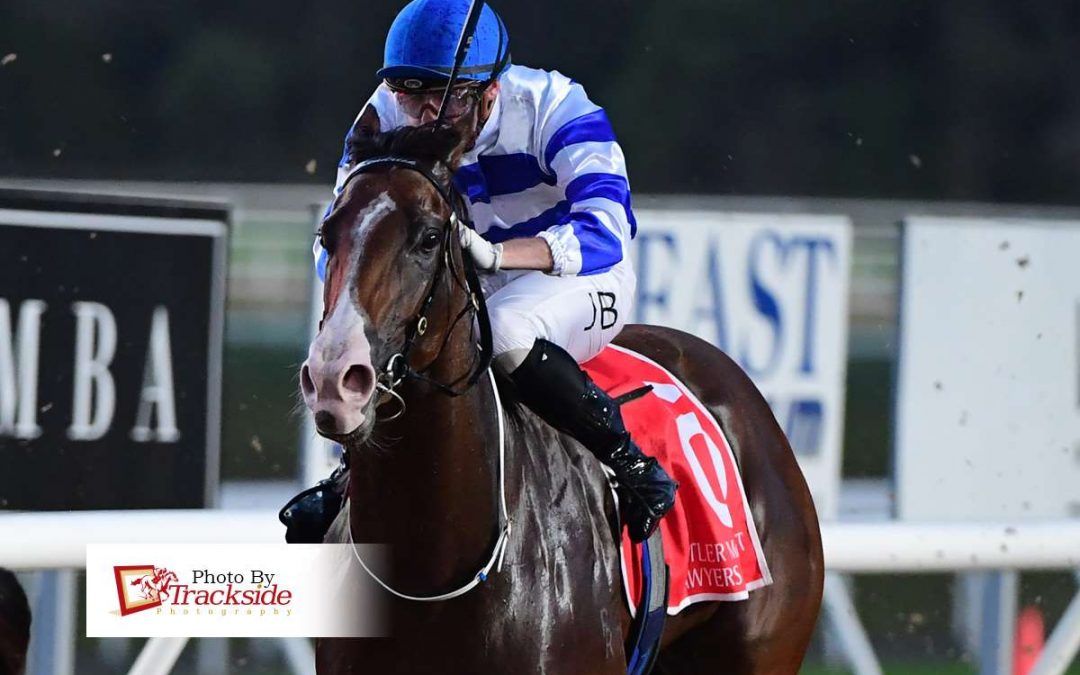 THE scheduling of a poly track race encouraged connections to run Knockknee on a five-day back-up and she didn’t disappoint.
Ridden by Jake Bayliss, Knockknee ($4) ran down favourite Charlie Sphene ($3.30) in a Benchmark 58 (1000m) on Friday (January 7) night.
She had to chase hard in the straight but got there easily, winning by more than a length.
It followed a midfield effort at the Sunshine Coast over 1000m on the turf the previous Sunday.
“We were a little bit disappointed the other day. We thought on her work she would win,” said trainer Stuart Kendrick.
“I said to the boys ‘Look it is a quick back-up but every time she works on this poly track nothing can really stick with her’,” he said.
“I said it is worth a punt when they programmed a poly race. I think there are going to be horses like her that just love that sort of surface.
“We knew old Charlie would be in front and it was just a matter if we could get close enough.
“That’s what Jake wanted to do – just track up and track up and have the crack in the last 100m.”
Kendrick said the horse would now have an easy couple of weeks before trying to knock off another win.
He believes she will appreciate 1200 metres when she can travel in the run.