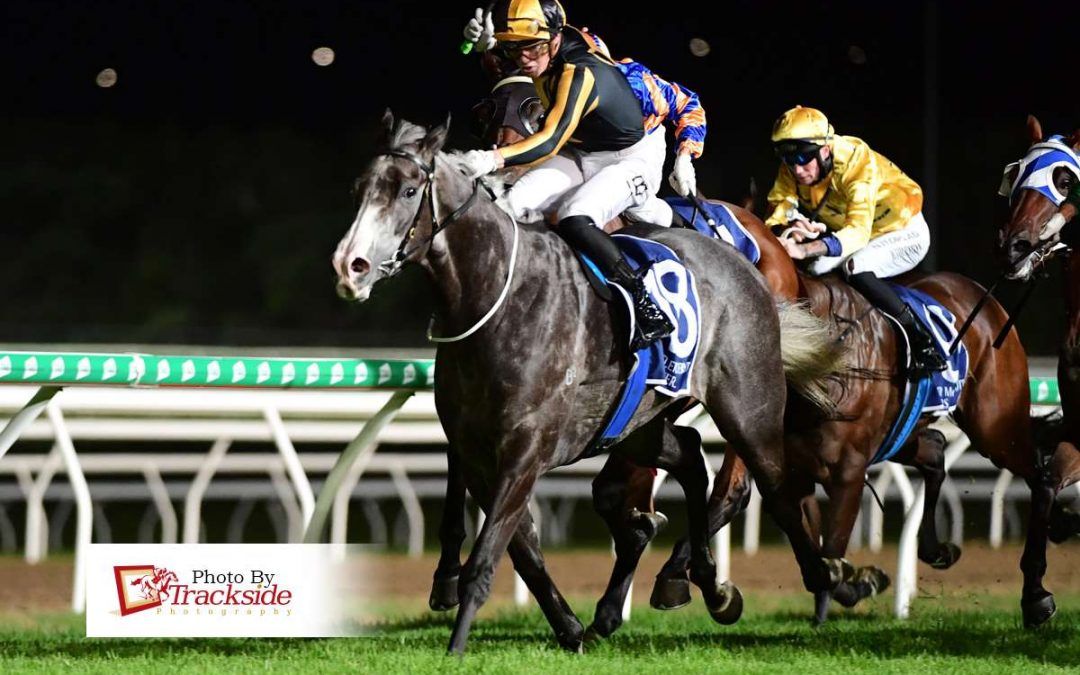 CHECKERS is the perfect example of the saying patience pays dividends.
It may have been a long time between drinks since his maiden win in New Zealand in March, 2019, but he now has another on the board.
After running plenty of placings for his new owners in Australia, he broke through in a Class 1 Plate (1200m) at the Sunshine Coast Friday night meeting on January 21.
Ridden by Jake Bayliss, Checkers ($12) came with a long and telling run down the outside to swamp his rivals by a half-length.
In doing so, he upset Jeehan ($4.40) and favourite and stablemate Finnicky ($2.30).
“He’s been quite frustrating this horse as you can see from his form,” said trainer Stuart Kendrick.
“The guys that have stuck with him have been really patient,” he said.
“There some some really good people in him – some of the local guys here that jumped into him and a few in charity auctions.
“It was really good to see him win tonight.”
Kendrick said Finnicky has beaten Checkers comprehensively last start but the tables had been turned.
“In his work (Checkers) always works well,” he said.
“I kept saying to the guys, stick with him. He keeps paying his way and hopefully he’ll get a win on the board.”
That hope came to fruition on Friday night.