Ping does as his name suggests to win on debut 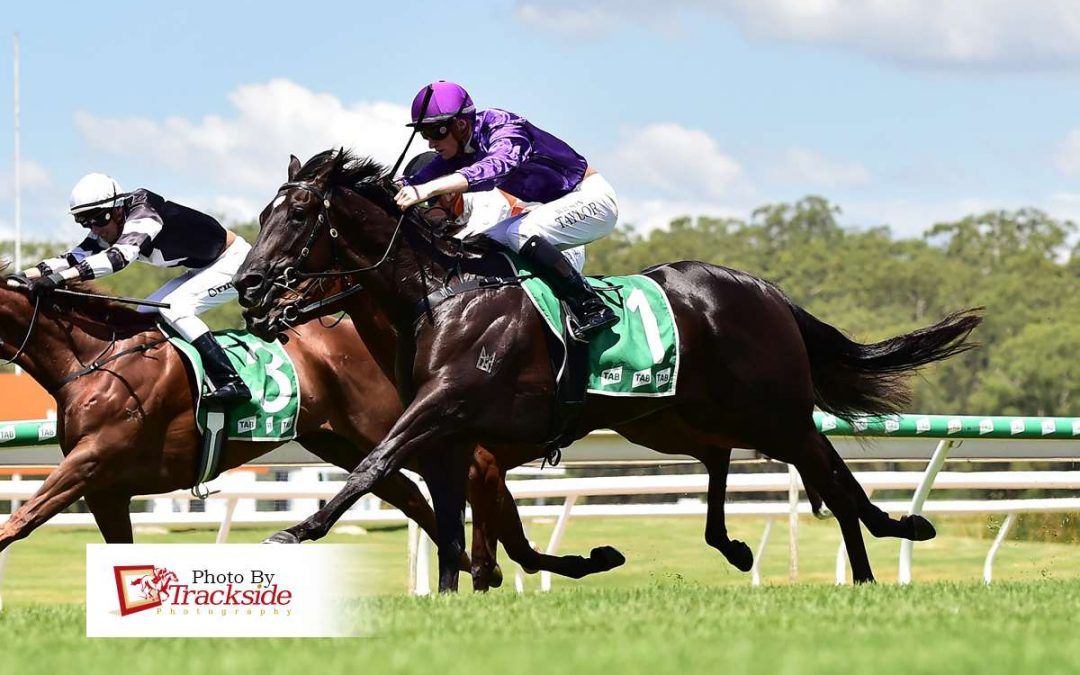 TWO-YEAR-OLD Ping ran up to his looks to score a stunning win on debut.
The Dissident gelding looked a picture in the pre-race parade and overcome a tough run throughout to win a QTIS 2YO Maiden Plate (1200m) at Ipswich on Wednesday (February 9).
Ridden by apprentice Kyle Wilson-Taylor, Ping ($18) grabbed a tight win, much to the delight of connections.
Trainer Stuart Kendrick said the horse was one of the best-looking yearlings at last year’s Magic Millions sale.
“Even after being passed in, I rang Kingstar to buy him as I didn’t want to miss him,” he said.
“Being by Dissident, he wasn’t as fashionable as some of the other stallions.
“But Harry and Margaret Reed backed my judgement and purchased him.”
Kendrick said the debut win at Ipswich was excellent.
“He was sitting wide but still finished too strongly to win in impressive style,” he said.
“I thought he would need further, so he looks an exciting prospect.”
Wilson-Taylor admitted post-race it wasn’t his prettiest ride.
“I’ve got to give credit to Stuey for that one. It had nothing to do with my ride,” he said.
“It was very ugly and messy. We were wide with no cover.
“He wanted to lay down at the top of the straight but to his credit he was too strong.”