Stable lights up the track with four winners at home 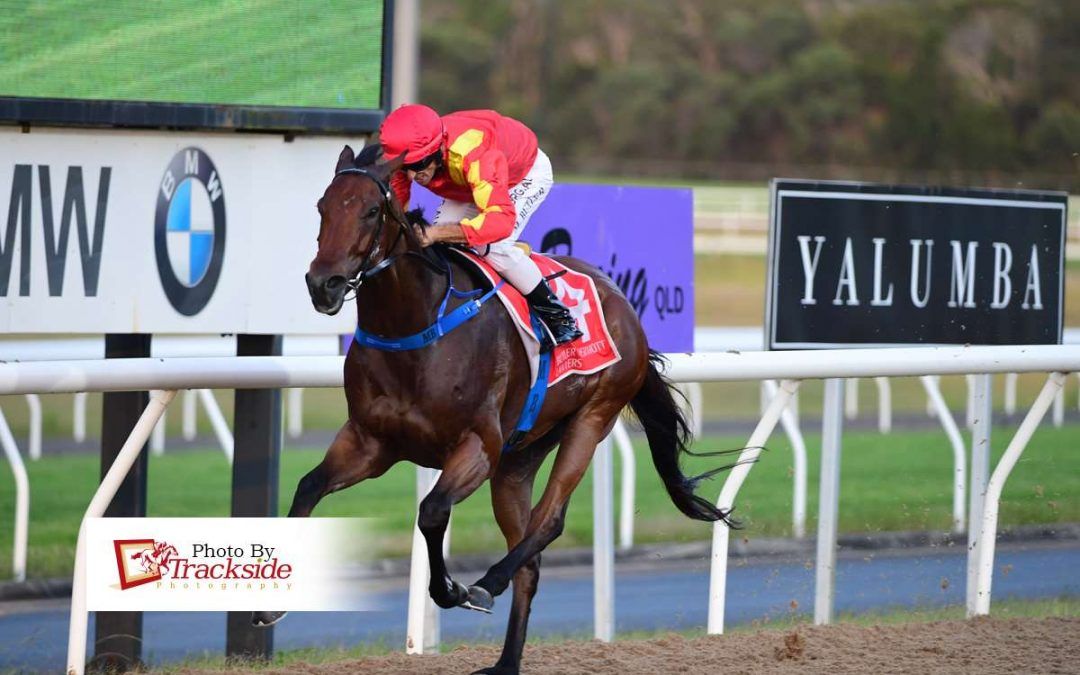 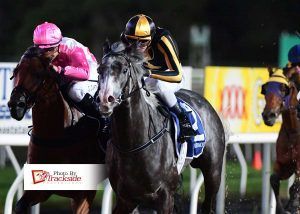 Checkers, ridden by James Orman, was the second winner for the stable for the night. 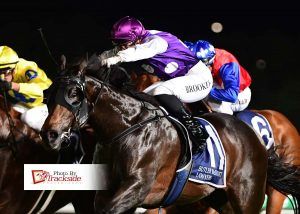 Menazzi, ridden by Tiffani Brooker, made it three winners. 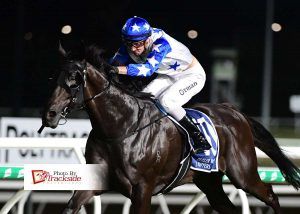 James Orman aboard Street Fighter, which capped off four winners for the stable.

KENDRICK Racing lit up a Caloundra Friday night meeting with an incredible four winners from six races.
The stable won the first two races on the Polytrack, with La Amigo and and Checkers on February 18.
They also won two more races on the turf, with Menazzi and Street Fighter.
The night meeting to remember could have been even better, with Rose Of Duporth circling the field and flying home for second after bungling the start, in a race the stable also saddled up the third place-getter Indeep.
“It certainly was a great night and a well-deserved reward for our staff and owners,” said trainer Stuart Kendrick.
“We went into the meeting thinking we had plenty of good chances and it was good to see the horses run so well,” he said.
La Amigo (main photo) kicked the night off in perfect fashion, winning a Benchmark 60 (1000m) on the Polytrack as $2.50 favourite with Morgan Butler aboard.
“He’s always shown a lot this horse,” said Kendrick.
“He was a bit of a hard case early on to get right, but he’s putting it together,” he said.
The trainer was surprised La Amigo didn’t show a lot of speed in the first 200m of the race.
“We’ll probably look to get him up to 1200 now, but he’s a promising horse and it was good to get the win on the board.”
Checkers ($3.50-fav), ridden by James Orman, made it two wins from his past three in a Benchmark 62 (1400m), also on the synthetic track.
Orman completed a riding double for the stable when Street Fighter ($2.50-fav) broke through at his third career start in a Maiden Plate (1400m).
Those wins were split by a first-up victory for Menazzi ($3.20), ridden by Tiffani Brooker, in a CG&E Class 2 (1000m).
It was Menazzi’s second win from six career starts.