La Amigo scorches the turf for another Caloundra win 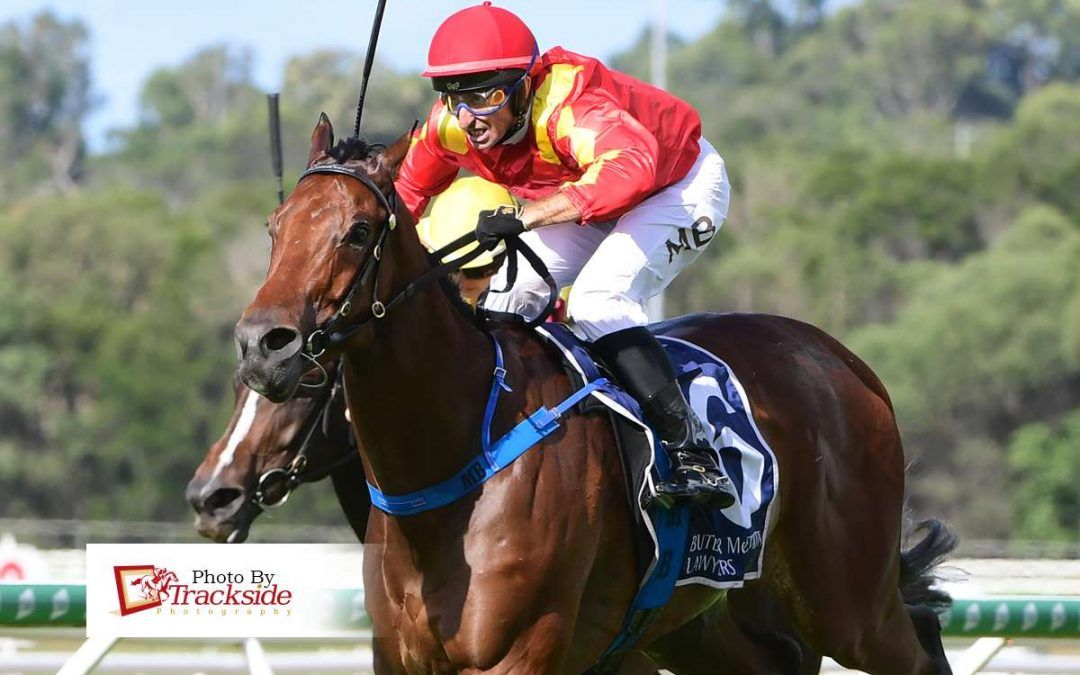 LIGHTLY-RACED four-year-old La Amigo has shown he’s not just a poly track specialist.
He scorched the turf with a brilliant display of speed to win a Benchmark 68 (1200m) at the Sunshine Coast on Sunday, March 13.
Rated perfectly in front by Morgan Butler, he was untroubled in winning by nearly three lengths as a $2.30 favourite.
It was his second win in two runs back from a spell, with his first coming on the Sunshine Coast’s synthetic track last month.
He also won a Sunshine Coast Class 1 (1200m) back in October before going for a spell, meaning he’s now strung together three wins.
“He’s putting together a handy strike rate,” said trainer Stuart Kendrick.
“Morgan has also been aboard for all of those wins, so he has a good association with the horse,” he said.
“He knows he can sustain a fast tempo in front and still have something in reserve for the final stages.”