Checkers racing up to his flashy looks and winning 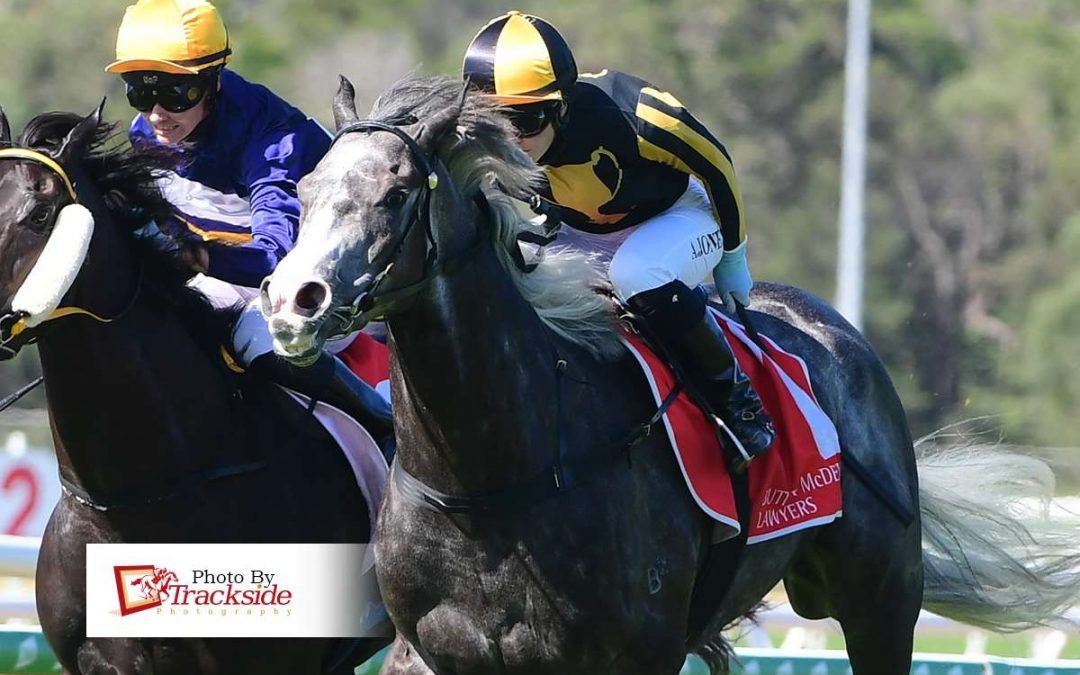 CHECKERS is a flashy looking grey and his race record is looking flashier by the day.
The five-year-old, which took a long time to break through for his second career win, has now won three of his past five.
His latest success was in a Benchmark 65 (1200m) at the Sunshine Coast on Sunday, April 3.
Ridden by apprentice Angela Jones, Checkers ($2.20-fav) was too strong in a small field, winning by a half-length.
It took his record to four wins and 13 placings from 32 career starts.
Trainer Stuart Kendrick said Checkers was such a consistent horse.
“He’s a beautiful looking horse. I think a few of the owners wanted him in the show ring going back a preparation,” he said.
“He’s done a great job this time in. I think he’s won three now.
“We’ve just kept him fresh.
“I think Angela rode him terrific. He can be a little bit tricky – he can think about things a bit.
“It was good to get another win for the boys.”