All hail the ‘King’ after breakthrough at Ipswich 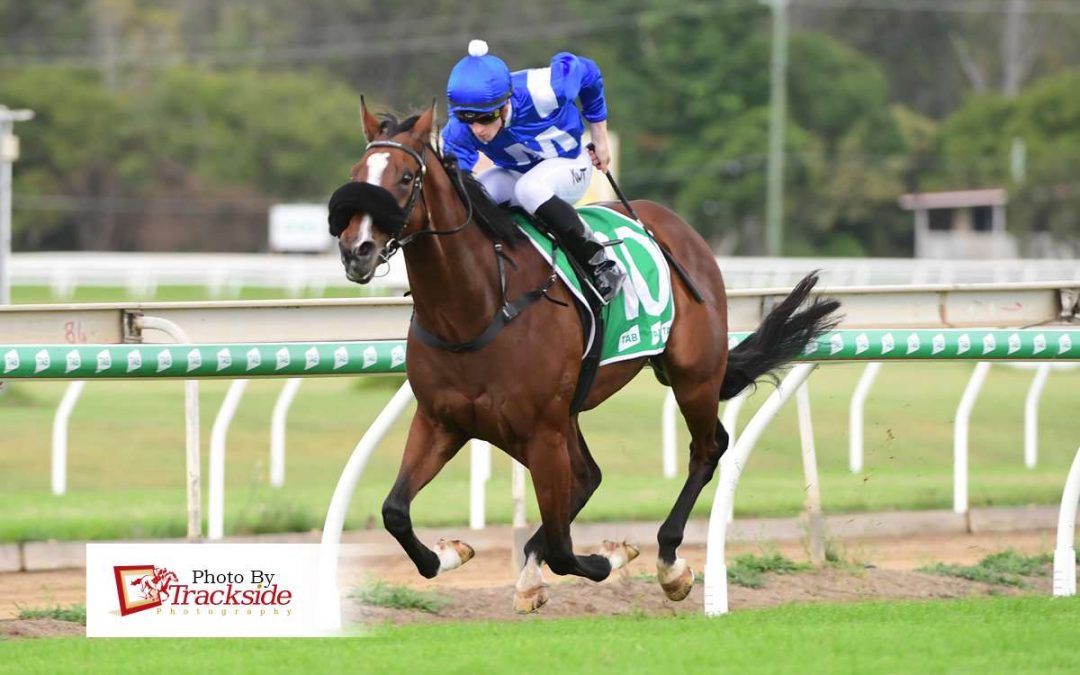 ALL hail the King!
Three-year-old King Shalaa, which races in the Winx colours, has broken through at his eighth career start with a dominant win at Ipswich.
Ridden by apprentice Kyle Wilson-Taylor, King Shalaa ($8) led and put the race beyond doubt when he gapped them in the straight before cruising to a one-and-half length win.
He’d been knocking at the door for some time, with four placings in his previous seven career starts.
Trainer Stuart Kendrick said it was pleasing to see the gelding put it all together at his fourth run back from a spell in a Maiden SW (1350m) on the public holiday meeting on Monday, May 2.
It followed a couple of placings at the Sunshine Coast and a fourth at Ipswich over 1200 metres last start.
“The step up in trip and the addition of a nose roll did the trick,” Kendrick said.