It ‘just gets better’ with victory in stewards room 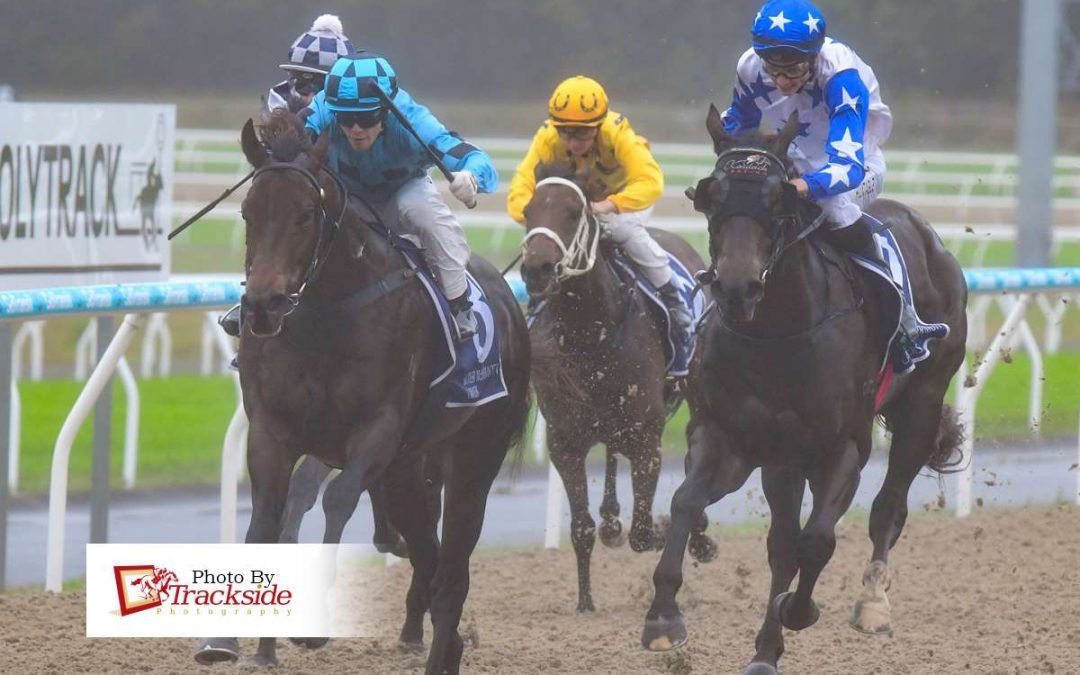 BETTER Than Ready two-year-old Just Gets Better was narrowly beaten on the track but won his racetrack debut in the stewards room.
Just Gets Better ($8.50) was narrowly beaten by Majorelle ($2.80) in a 2YO Maiden (1000m), which was switched from the Gold Coast to the Sunshine Coast poly track, on Saturday, May 14.
But jockey Justin Huxtable was quick to fire in a protest alleging interference on multiple occasions, including bumping, from the 600 metres mark.
Stewards agreed and handed Just Gets Better a well-deserved win on debut.
“He is a promising type and very well bred,” said trainer Stuart Kendrick.
“He’s out of a half-sister to Spirit Of Boom (Just The Spirit) and is raced with Archer Park and Eureka Stud and some good clients,” Kendrick said.
“He will continue to improve as he is a big immature type,” he said.
“He might have another run this time in.”