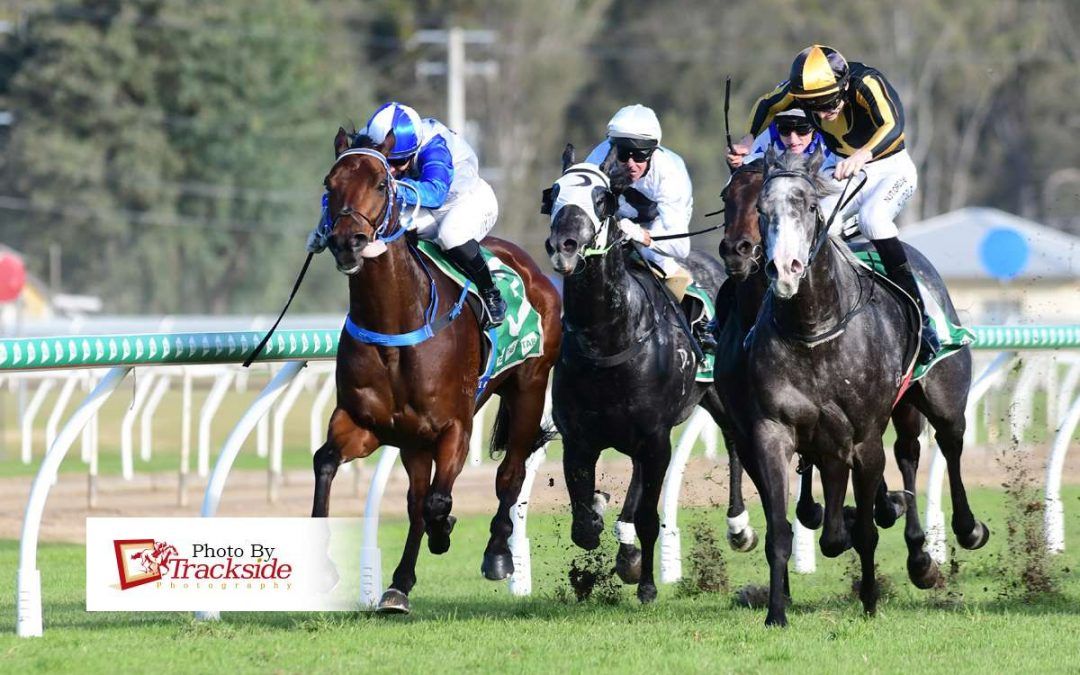 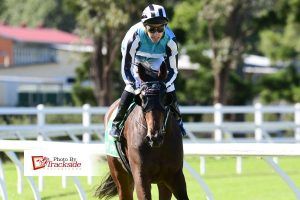 Choir Boy, ridden by Andrew Mallyon, was the first leg of the stable’s treble. 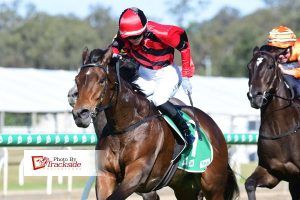 Apprentice Angela Jones gets Exempt home for the second leg of the treble.

FLASHY five-year-old grey Checkers used to have a reputation for being consistent but a non-winner.
Now, he can’t stop winning.
Checkers ($13), ridden by Justin Huxtable, made a rare trip away from his Sunshine Coast home base and came home with the major share of prize money in a Class 4 (1350m) at Ipswich on Thursday.
He was strong at the end, winning a tight three-horse finish on the heavy track.
Stablemate Wilmot Pass ($2.40-fav) finished third.
“Checkers is the most consistent horse in the stable,” said trainer Stuart Kendrick.
“He’s rarely out of the prize money,” he said.
“He has now won four races this prep and went to the line well over the 1350 under a strong ride from Justin.”
Earlier, Choir Boy made a perfect start to the day for the stable, winning a QTIS 3YO Benchmark 65 (1710m).
Ridden by Andrew Mallyon, Choir Boy ($2.70-fav) shone at his first run over the trip, pulling away at the end to win by one-and-a-quarter lengths.
“It was good to get a win on the board with him,” said Kendrick.
“He’s also been very consistent since the owners sent him down from North Queensland,” he said.
“He really appreciated getting out to the longer trip and looks like he might make a nice stayer.
“The QTIS money was also good for the owners.”
The middle leg of the stable’s three winners for the afternoon was Exempt ($4.60) in a Maiden (1000m).
Ridden by apprentice Angela Jones, the four-year-old Vancouver mare was also strong at the end, upsetting favourite Better To Excel by a length.
“Exempt has been a horse that has needed some time, so it was great to get a win on the board for the Bott family of Evergreen Stud,” Kendrick said.
“She was ridden perfectly by Angela Jones and really appreciated the wet track,” he said.